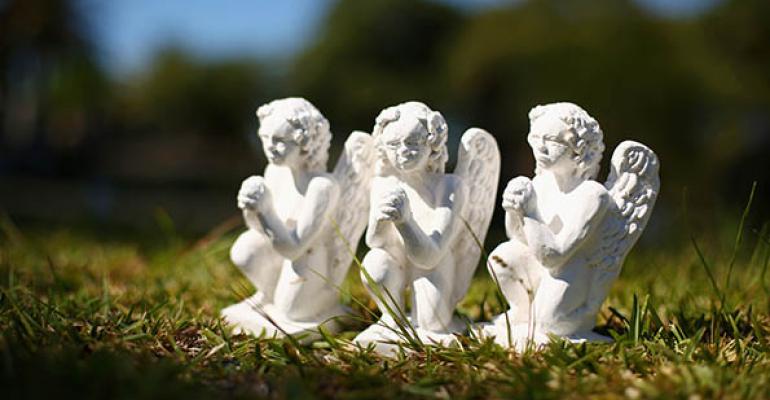 Beware of the Risks of Assuming the Role of Guardian

A New Jersey case evaluated the performance of a court-appointed guardian for an incompetent ward.1 A charity (The Society for the Propagation of the Faith) was the sole charitable beneficiary under the 1995 will of a testator referred to as “J.F.” The probate court approved the settlement of the formal accounting of the guardian who managed J.F.'s substantial estate during her final years. The beneficiary argued the trial court should have charged the guardian (an attorney) for alleged losses incurred in her efforts to dispose of J.F.'s real property (described in more detail below) and should have disallowed the expenditure of legal fees and accounting fees to an outside accountant.

The case highlights the fact-sensitive, he-said/she-said nature of the performance and compensation of a guardian for an incapacitated ward, and highlights several of the grey issues that guardians can face, and steps that might be useful to consider. One of the key steps the guardian seemed to do right to protect herself was hiring outside experts, in particular a reputable regional CPA firm to handle accounting, and a real estate appraiser and broker to sell residential real estate, although it should be noted that she was challenged on each of these.

When the attorney was appointed as guardian, the net assets of the ward totaled $2,330,579.42. After the ward’s death, the guardian transferred to the estate the remaining assets of the guardianship, which totaled $1,979,472.17. Some of the decline was due to the decline in the value of a Florida residential property from the appraised value at the inception of the guardianship, to the lower appraised value at the conclusion. The total corpus, income and final distribution commissions, approved by the court after litigation, was $108,259.46. From some perspectives, that fee might seem significant for an estate that wasn’t particularly complicated—two residential properties and a limited number of assets—but which the court described as complex and large. The reality is, as in so many of these cases, that it’s impossible to ascertain whether the fee was too large, too small or appropriate for what was involved. When the difficulties and stress of the litigation are factored into the analysis, might any fee have been inadequate? On the other hand, the attorney/guardian received legal fees for the litigation.

Might there have been a better way to handle the guardianship? The sole beneficiary appears to have been a single charity. Perhaps some steps might have been handled with less formality if approved by the single remainder beneficiary to save on costs. On the other hand, when the attorney/guardian was confronted with difficult litigation, perhaps her inclination to be more formal in terms of accounting, physically visiting the property in Florida, and perhaps other steps, may have been a wise move given what followed.

A guardian is given rather wide latitude to make reasonable judgments on how to handle the ward’s affairs. A guardian may expend or distribute so much or all the income or principal of the ward for the support, maintenance, education, general use and benefit of the ward. This can be done in the manner, at the time or times, and to the extent that the guardian, in an exercise of a reasonable discretion, deems suitable and proper. Clearly, given the challenges the guardian faced here, every guardian should maintain clear records and document the basis and rationale for expenditures made. The court found no evidence that the conduct of guardian was gross misconduct that was willful or fraudulent. The court found that the guardian acted in what she believed was the best interest of the ward. Anyone serving as a guardian should be mindful that the types of challenges and allegations faced by the guardian in this case could be awaiting them, deserved or not.

The guardian and ward resided in New Jersey, but the ward owned a residence in Florida. The guardian made multiple trips to Florida to inspect the property. The remainder beneficiary challenged the justification for those trips, and in particular the costs incurred. Of note is that the Florida residence was in considerable disrepair, substantial mail had accumulated, and personal effects of the ward were found in the premises. The court concluded that not to have physically inspected the property was a dereliction of the guardian’s duty. The remainder beneficiary also sought a surcharge of $143,000, based on the difference between the initial $210,000 appraised value of the Florida condominium and the $67,000 ultimate sale price. It appears from a reading of the opinion that the guardian acted prudently in that she hired an appraiser to value the property and listed it for sale. She thereafter reduced the selling price multiple times, presumably as the real estate market in the area declined. It wouldn’t appear that the guardian could have neglected the effort to sell the property with so many price changes. The court found no evidence showing that there was a ready, willing and able buyer during the guardianship, and didn’t revisit the trial court’s determination that the guardian shouldn’t be surcharged for the decline in price.

The attorney/guardian took what would seem to be a prudent and appropriate step of hiring a reputable CPA firm to provide accounting services. It seems that the remainder beneficiary viewed this as providing independent corroboration that financial matters were handled appropriately and independently. Yet instead, the remainder beneficiary, in an Orwellian twist, challenged the guardian for dissipation of the ward’s assets because she the guardian had an MBA and presumably could have done the accounting as part of her fee as guardian. The court noted that the law grants a fiduciary the conditional authority to employ accountants, at the expense of the estate, without reducing commissions. Whether fees are chargeable depends on the skills and background of the fiduciary and the nature of the accounting services. Charges aren’t permitted for services that would be “usual, customary or routine” for the particular fiduciary, given the nature and skills of the fiduciary. The court determined that the accounting fees were reasonable in view of the size of the ward’s estate and the duration of the guardianship, and it was appropriate to charge the estate for the amount. While it would seem that retaining an independent CPA firm would almost always be prudent and appropriate, unfortunately the court’s analysis suggests that caution is in order for fiduciaries taking this step.

The guardian was a licensed attorney and performed professional services in addition to her fiduciary duties; in defending the litigation, she was awarded attorney fees from that work. The court determined that the guardian acted beyond her duties as guardian in preparing legal pleadings and litigating the application to settle the accounts. It isn’t clear whether the guardian would have been better advised to hire outside counsel, similar to what she did in hiring an independent CPA firm, appraiser and broker.

Anyone, attorney or otherwise, willing to serve as a guardian for an incapacitated ward, and perhaps anyone serving in any fiduciary capacity, should remain vigilant and cognizant of a remainder beneficiary challenging any or all actions they take. Careful documentation, use of appropriate outside experts and other steps may be important for avoiding later problems.