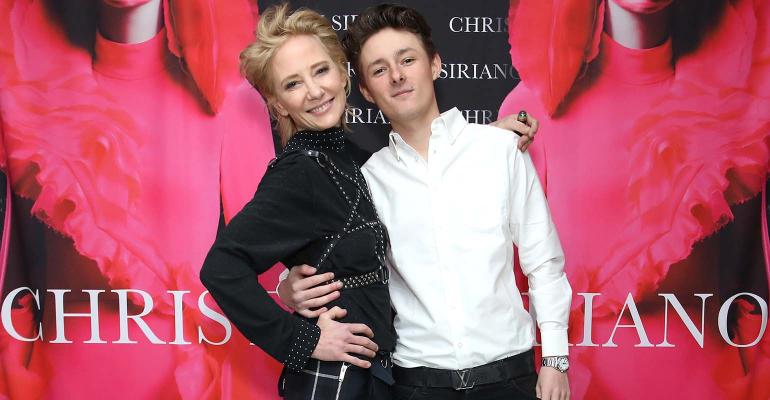 The actress did not have a will, leaving a heavy burden on her 20-year old son Homer.

Homer Laffoon, 20, son of actress Anne Heche, who passed away last month after a fiery car crash in Los Angeles, has filed a request with the Los Angeles Superior Court to be named administrator of his late mother’s estate as well as asking the court to appoint someone as the guardian ad litem to his younger brother Atlas Heche. Heche apparently died without a will in place.

The filing appears par for the course so far. "Since Heche was divorced, her sons are her heirs at law with priority to serve as the administrator of her estate. The minor will not be qualified to serve until he becomes an adult," said Neil Carbone, partner at Farrell Fritz in New York City. However, “the matter could be complicated in the event that the father of the minor son decided to petition to be administrator on the theory that the minor son has an equal right and he, as the minor’s father, is in the best position to protect his interests,” opined Carbone.

As if the death of their mother wasn’t tragic enough, Homer’s undertaking of sorting out his mother’s estate at such a young age underscores the need for proper estate planning sooner rather than later. “While it is always surprising to discover that someone who is high profile has neglected estate planning, this is not uncommon,” said Elizabeth Bawden, a partner in the private client and tax team at Withers in Los Angeles. This very public case is once again a reminder that it's important to plan ahead and “to take steps to make legal and financial matters as private and efficient as possible in the event of incapacity or death,” Bawden added.

“Planning ahead is not glamorous and often not top of mind for young people who expect to have many years ahead of them. However, it’s one of the most important things that a parent can do for their children to leave a legacy. Every parent should have basic estate planning documents in place to address what happens in the event of incapacity or death. Planning can also be an important part of minimizing fees and costs, disputes and unwanted publicity,” she concluded.