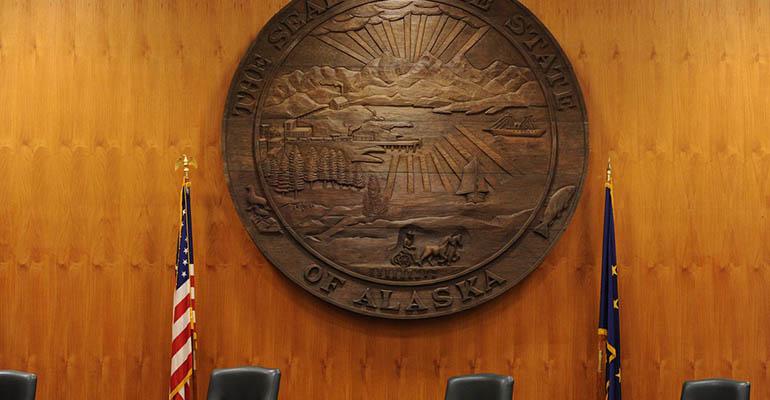 Section 34.40.110(k) of the Alaska Trust Act purports to grant Alaska courts exclusive jurisdiction over fraudulent transfer actions in connection with the transfer of property to an Alaska self-settled spendthrift trust. However, on March 2, 2018, the Alaska Supreme Court ruled in Toni 1 Trust v. Wacker, 2018 WL 1125033, that such provision is invalid and that the Alaska legislature can’t “... prevent other state and federal courts from exercising subject matter jurisdiction over fraudulent transfer actions against such trusts....”

At its core, Toni 1 Trust v. Wacker involved a 2007 Montana state court lawsuit brought by Donald Tangwall against William and Barbara Wacker, a successful counterclaim by the Wackers against Donald, his wife and his mother-in-law and a transfer by Donald’s wife and mother-in-law, during the pendency of the counterclaim, of Montana real estate to an Alaska self-settled spendthrift trust called the “Toni 1 Trust,” which was later found in a Montana state court proceeding to be a fraudulent transfer under Montana law.

The Alaska Supreme Court based its decision on the U.S. Supreme Court’s 1914 ruling in Tenn. Coal, Iron, & R.R. Co. v. George, 233 U.S. 354. In that case, an employee sued his employer in a Georgia court, relying on an Alabama statutory cause of action. The employer countered that Alabama state courts retained exclusive jurisdiction over the suit under the Alabama Code and that the Full Faith and Credit Clause of the U.S. Constitution compelled Georgia courts to respect Alabama’s assertion of exclusive jurisdiction. The Supreme Court found, however, that “Full Faith and Credit” doesn’t require states to go quite so far and that “... jurisdiction is to be determined by the law of the court’s creation, and cannot be defeated by the extraterritorial operation of a statute of another state, even though it created the right of action.”