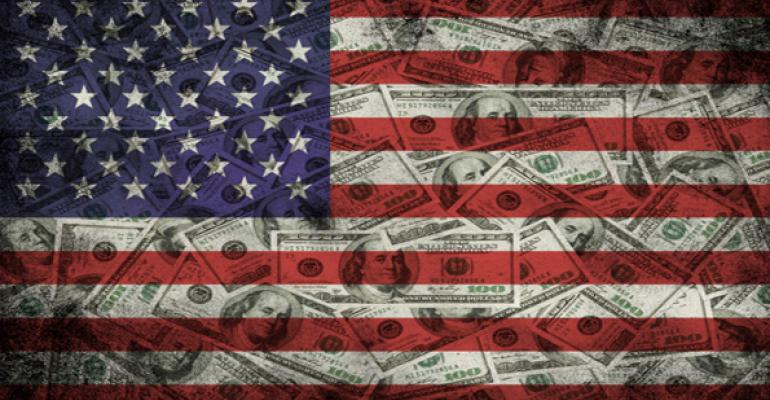 Congress has made a recent habit of allowing Tax Extenders to expire only to retroactively renew them through the beginning of the year. This behavior has made it difficult for some to plan effectively. As such, many of this year’s renewed tax provisions will largely serve to benefit those who had tax-independent motives for engaging in covered behaviors and, perhaps, those with higher than average risk tolerances. A few provisions, such as the allowance for tax-free rollovers from IRAs to qualified charities, remain viable planning tools in these last few days before year-end.

For many years now, IRC Section 408(d)(8) has been a major boon to charitably-minded taxpayers aged 70½ or older. It allows them to exclude from gross income up to $100,000 of otherwise taxable IRA distributions to the extent the money is rolled over to a qualified charity while also satisfying their annual required minimum distribution requirement.

Some may benefit additionally by reducing their overall income tax liability (beyond the amount by which it falls due to an IRA distribution’s exclusion from income). Since rollovers under Section 408(d)(8) reduce otherwise taxable gross income, some may find that the net investment income tax under IRC Section 1411 no longer applies because their gross income has fallen below the applicable threshold ($200,000 for single taxpayers and $250,000 for married taxpayers filing jointly). For the same reason, some may avoid the Pease limitation on itemized deductions under IRC Section 68, which currently begins with incomes of roughly $250,000 for single taxpayers and $300,000 for married couples filing jointly. Still others will move to lower income tax brackets.

Those who haven’t yet taken a required minimum IRA distribution still have time to qualify under IRC Section 408(d)(8) and take advantage of its benefits. Unfortunately, there is likely no relief available to those who took a taxable distribution before TIPA was enacted and now wish to donate the money directly to charity. The normal limitations for charitable contributions apply to those taxpayers.

Planning for disabled individuals has largely been limited to the use of special needs trusts. These come in two general flavors: self-settled trusts and third-party trusts. Since the former requires repaying the government up to the amount it contributed toward the beneficiary’s care and the latter doesn’t, most special needs trusts are settled by third parties, usually family members. Income produced by the trust assets is subject to current taxation.

The Achieving a Better Life Experience Act (ABLE) was originally introduced in 2013 as a standalone bill but was ultimately signed into law as part of TIPA. The new law, codified under IRC Section 529A, permits individuals with disabilities to establish savings accounts featuring tax-free growth to help pay for expenses such as education, housing, transportation, health services and more. The accounts are designed to allow disabled individuals the ability to maintain eligibility for means-tested benefits, such as Medicaid or Supplemental Social Security. That is, ABLE accounts are meant to function in much the same way as special needs trusts.

While this technique is certainly a welcome addition to the estate planning toolkit, it will likely not affect a major change in planning for disabled individuals. The benefits of an ABLE account are far outweighed by their relative inflexibility for those who would otherwise consider settling a special needs trust.

Any funds remaining in an ABLE account upon the account beneficiary’s death must be paid over to the government to the extent that the beneficiary received government aid. This result can’t be avoided as with third-party special needs trusts. While traditional special needs trusts don’t offer tax-free growth, this feature is of limited use if a substantial portion of the account balance must be repaid to the government on the account beneficiary’s death. That said, under certain circumstances, the balance of a client’s needs may tip in favor of using an ABLE account. The Department of the Treasury is expected to deliver regulations interpreting IRC Section 529A in the first half of 2015.