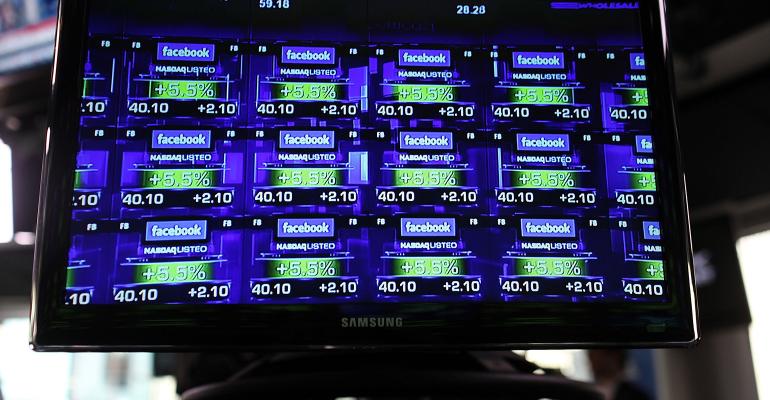 Yes, the Past Does Provide Guidance into the Future

Think Facebook is forever? Take a lesson from the past instead.

The composition of the world’s stock exchanges is in a state of perpetual flux. Companies that were household names, and industries that were preeminent, have vanished from the public consciousness. Given the rapid advances in technology, can we really expect today’s stock market titans to last forever?

Although it’s not the oldest stock exchange in the world, the London Stock Exchange can trace its lineage back more than 300 years.

The earliest stockbrokers were debarred from London’s center of commerce, the Royal Exchange, because of rowdiness. Instead, they began to congregate at Jonathan’s Coffee-House on Change Alley. Here, one of the early stockbrokers, John Castaing, began to post the prices of stocks, basic commodities such as salt and coal, and exchange rates. Since then, the stock exchange has undertaken a process of constant metamorphosis, moving from Change Alley to Sweetings Alley to Threadneedle Street and finally to its current residence at Paternoster Square.

The nature of the stocks traded has changed greatly too, providing a number of lessons on the nature of business and the development of the global economy.

In the 1800s, canals were de rigueur. Accordingly, they were popular constituents of the exchange. However, this enthusiasm was fairly short-lived as railways quickly rendered canals largely redundant, leaving shareholders somewhat poorer.

In 1890, Coats listed on the London Stock Exchange. Coats was a company at the epicenter of the booming global threads business and by 1910 had become the third largest company in the world—behind only Standard Oil and U.S. Steel. Eventually, it too was overtaken by technological change and cheaper alternatives. Coats survives to this day, but no longer on an epic scale.

As Karl Marx—no friend of the capitalist system—once observed: “History repeats itself – first as tragedy, then as farce.” The U.K.’s technology, media and telecoms sector provides a good recent example of overly optimistic investors assuming that the sun would never set on a fashionable area of the market. In the event, TMT peaked at 32 percent of U.K. market capitalization in 2000, but troughed in 2002 at 12 percent.

Similarly, in 2008, there was much talk globally of the mining “supercycle,” with the laws of economics apparently suspended for this sector. They weren’t; a sector that peaked at 10 percent of the market now languishes at half that level.

And finally to banks in 2007—peaking at 12 percent of the global market as we confidently asserted that our clever spreading of risk around the financial system would make it “different this time.” It wasn’t, and bank shares duly confirmed this by halving in value.

So, what sectors are now de rigueur globally, and could any of these stocks or sectors go the way of Coats, the canals or the East India Company?

Coats’ contemporary equivalent today as the world’s third largest company is none other than Facebook. Surely it couldn’t go the way of the famous threadmaker? Facebook has almost two billion users—each spending almost an hour a day communicating with each other. But can people really spend more of their time on the site? Is there still anyone left to join the gang? Is Facebook a publisher with broader responsibilities and with a consequent requirement for regulation? Many governments think so. Shareholders would be wise not to extrapolate.

More broadly, the U.S. technology sector seems unassailable—who can see past Apple, Amazon and Microsoft? All fine companies with strong balance sheets and inspired leadership. But what happened to Yahoo, IBM and Blackberry? The world was their oyster, but they took some wrong turns and parted company from their customers.

The lessons from a study of the early stock exchanges are clear. The world’s biggest and most successful companies change over time. Sectors ebb and flow, as economies adapt and change. It is difficult to see round the next corner—if only those canal companies had seen the railways coming, if only Coats had foreseen changes in the global textile industry, if only we had erased the phrase “mining supercycle” from the investment lexicon.

Forecasting is more difficult than ever, given the rapid advances in technology. Before we anchor to today’s successes, we should bear in mind the lessons of history.

As we are often warned, the past performance of investments is no guide to their performance in the future. Although in this instance, it just might be.