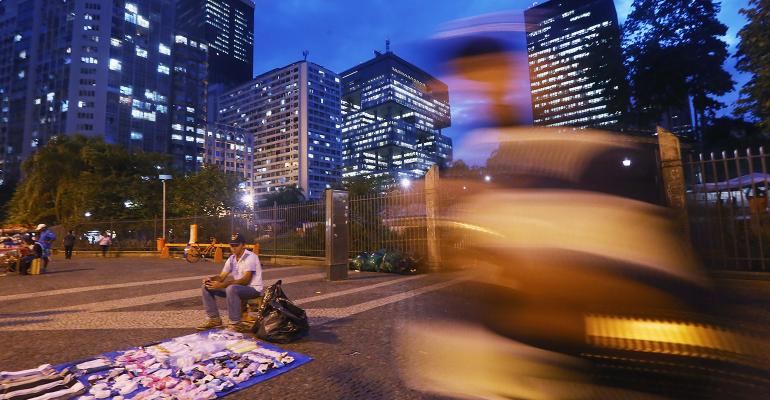 “The companies that made it out of the most severe crisis in Brazil’s history came out lean and mean.”

(Bloomberg) --Brazil analysts are boosting profit forecasts so fast that even the world’s best stock market can’t keep up.

As the economy emerges from its worst recession in a century and companies regain their footing following a wide-ranging corruption investigation that brought several blue-chip names to their knees, the Ibovespa has jumped 13 percent this year, the most among major indexes. But earnings estimates have climbed even faster, leaving a popular measure of valuation more than 4 percent below the one-year high reached in October. That’s a signal to bulls such as JPMorgan Investment Management Inc. that the stock rally has room to run as economic growth picks up to regain the ground lost during a two-year recession. The downturn forced companies to cut costs and reduce leverage. And with borrowing costs at historic lows, the backdrop for profits is only set to improve, according to Sophie Bosch, a money manager whose JPMorgan Latin America Equity Fund has outperformed 97 percent of peers this year.

“The companies that made it out of the most severe crisis in Brazil’s history came out lean and mean,” Bosch said in an interview from New York.

JPMorgan joins BlackRock Inc. among a chorus of stock optimists that also includes some of Brazil’s top fund managers. Marcio Appel, whose hedge fund has topped 89 percent of peers over the past year, said in February that the Ibovespa would double over the next 12 months. Luis Stuhlberger, whose Verde fund posted a total return eight times the benchmark over the past 20 years, has been buying back into equities in the past few months after being sour on Brazil since 2014. Guilherme Ache, a partner at Squadra Investimentos, says the rally is just beginning.

“Brazil is a consensus overweight among global investors,” Bosch said.