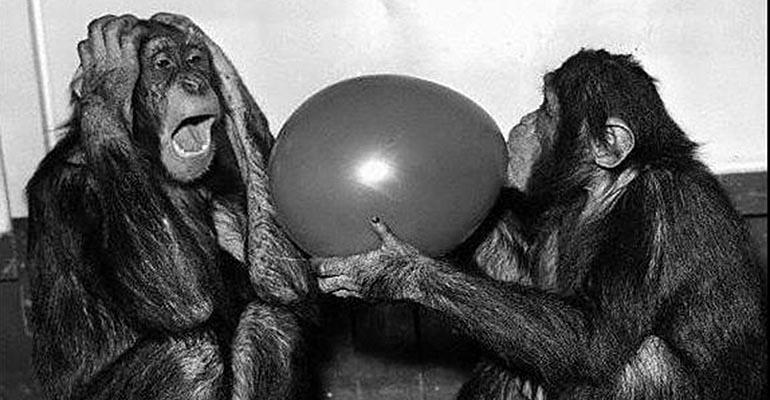 “Winter Charts” is a series of current financial topics explained in dots, lines, and only a few words – just the right “mix” to concisely convey ideas for critical thinking about investing.

Who doesn’t remember the story of a monkey throwing darts at a list of stocks, ultimately leading to better “picks” and related performance as compared to professional stock pickers? We have long argued that Wall Street has been flawed in its “opinion shaping,” mainly in an effort to design product answers to its very own questions raised through proprietary research.

When observing the merit of our argument, Wall Street is always bullish and has never predicted a down-year, based on data we have analyzed going back to the year 2000. In addition, such forecasts have often been overly optimistic (with an average expected return of 9.5 percent per year—or more than twice the actual annual return of 3.9 percent). Rarely do analysts predict low-return environments (only 11.7 percent have prophesied a return below 5 percent), even though this outcome has occurred in 47 percent of the observed periods. With 2017 predictions complete, strategists are anticipating a gain of only 5.2 percent—the lowest reading since 2005 and, according to SentimenTrader, consisting of the narrowest dispersion between the highest and lowest estimates since inception of this data.

The bottom line: Strategists—ourselves included—cannot predict specific market outcomes. As it is the beginning of the year, and we are preparing for a fresh start to investing, here are a few important rules to consider: 1) have a (financial) plan; 2) do not try to beat markets, accomplish individual goals instead; and 3) buy with a value bias, instead of what the “herd” suggests.