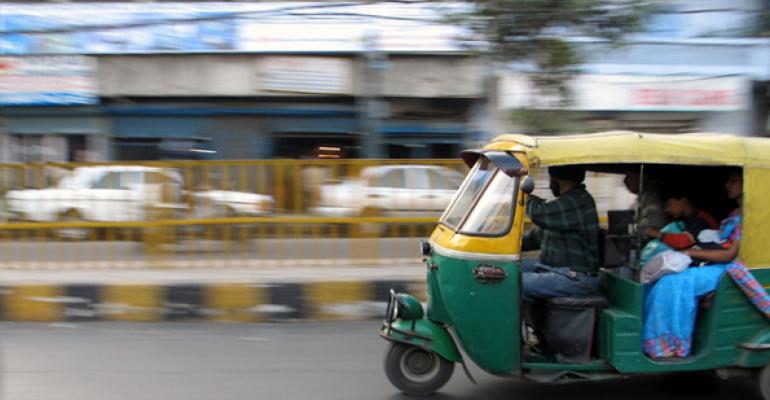 Weak Links in Emerging Markets Show Where Selloff May Start

While money managers don’t see a selloff any time soon, there are some assets that are more vulnerable than others.

By Ksenia Galouchko and Srinivasan Sivabalan

(Bloomberg) --There’s probably just one headline that could end the party in emerging markets, and it’s likely to come from the Federal Reserve.

If a rebound in U.S. inflation prompts the central bank to chip away at its wall of money sooner and faster than expected, then the rally that boosted returns in developing-nation stocks, bonds and currencies since January 2016 will be under threat. While money managers don’t see a selloff any time soon, there are some assets that are more vulnerable than others.

A key beneficiary of central-bank stimulus, ETFs are among the most-owned assets in the world today. BlackRock Inc., the largest money manager, says it has received twice as much inflows into its passive funds than its actively managed funds. ETFs are bound to the fortunes of their underlying indexes and investors can do little to hedge against changing dynamics.

“ETF investors tend to be highly price sensitive,” says Guillaume Tresca, a senior emerging-market strategist at Credit Agricole SA in Paris. “They could be the first guys to take the exit door.” Hard-currency bonds in countries where politicians make headlines for all the wrong reasons could test investor patience. Idiosyncratic risks may not cause a selloff across emerging markets, but their impact on local markets can be brutal.

“External bonds are currently separated into those that are facing political noise and those that are less affected,” said London-based Simon Quijano-Evans, a strategist at Legal & General Investment Management. “They are trading at what I call a P-spread to emerging-market peers. The likes of Brazil, South Africa, Turkey, Mexico and Gulf Cooperation Council countries would be the first to be hit by any induced selloff.”

Paying $18 to own a stock that may earn $1 of profit in the next 12 months is a daring bet, but par for the course in Mumbai. Foreign investors accept the high valuation in India because the dominant local investors are willing to pay it.

But it’s one market that can change direction quickly. Prime Minister Narendra Modi’s government has come under criticism for mishandling the economy and the International Monetary Fund has cut growth estimates for both 2017 and next year. Philippine stocks are even more expensive and dependent on foreign-investor money than India’s.

No other asset has consistently topped investors’ doomsday lists in recent years as much as the Turkish lira. The poster child of unpredictable politics, Turkey has a current account that hasn’t seen a surplus in 15 years, with foreign reserves in their fourth year of decline. Tighter monetary policy to combat double-digit inflation is sustaining a carry-trade opportunity, but that’s diminishing too. Mexico’s peso, the world’s best-performing major currency in the first half, has suffered one of the biggest losses in emerging markets since June. Andres Manuel Lopez Obrador, who opposes changes to labor laws and has promised to increase public spending, is now the frontrunner in the July 2018 election. Talks to renegotiate the North American Free Trade Agreement are under strain, with both the U.S. and Mexico threatening to quit.

South Africa’s economy may have bounced back from recession and inflation may have eased, but consumer spending and industrial investment remain impaired due to a lack of confidence, pressuring the rand. President Jacob Zuma isn’t the markets’ favorite, and the highly-traded currency may be a casualty.

“Countries with the highest current-account deficits will be the most vulnerable to potential capital outflows,” said Piotr Matys, a London-based strategist at Rabobank. “Turkey and South Africa are good examples.”