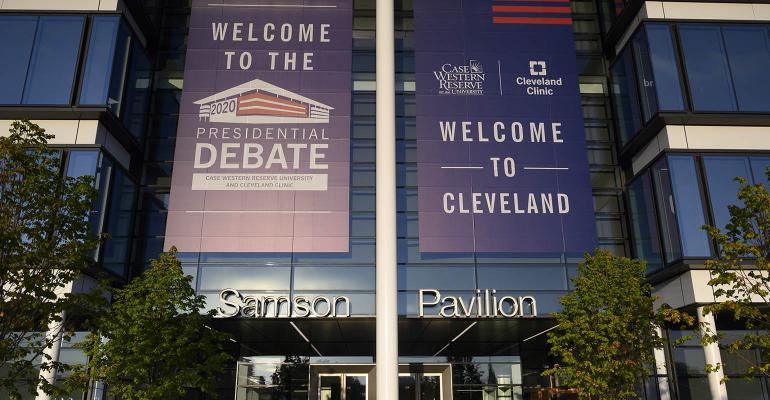 The Stock Market and the First Presidential Debate

There isn’t much of a clue how stocks do after the first debate and which party might win.

The first presidential debate is tonight, September 29, with millions of people expected to tune in to see how each candidate handles the pressure. With tensions heightened amid an election that may be much closer than the polls currently suggest, any potential mistake could be magnified exponentially.

Let's take a closer look at how stocks historically have performed around a first presidential debate.

The first presidential debate was in 1960 between Richard Nixon and John F. Kennedy. There wasn’t a debate in 1964, and in 1968 and 1972 Nixon refused to participate. Since then there have been debates before every presidential election since 1976.

Interestingly, from 1980 to 1996 the first debate was on a Sunday evening, but the past five debates have been on all five days of the workweek. This year’s first debate is on a Tuesday, and the only other first debate on a Tuesday was in 2000—a year marked by disputed election results. Although by no way would we suggest this election will have disputed results because of the day of the first debate, it is a rather spurious correlation.

Unfortunately, stocks give no clue who will win the election based on how they do in the debate, as returns and winners are all over the place. Still, 2020 is unlike any year we’ve ever seen before, so we could be one Howard Dean gaffe or Ronald Reagan zinger away from a major sway in this election.

As shown in the LPL Chart of the Day, there isn’t much of a clue how stocks do after the first debate and which party might win. 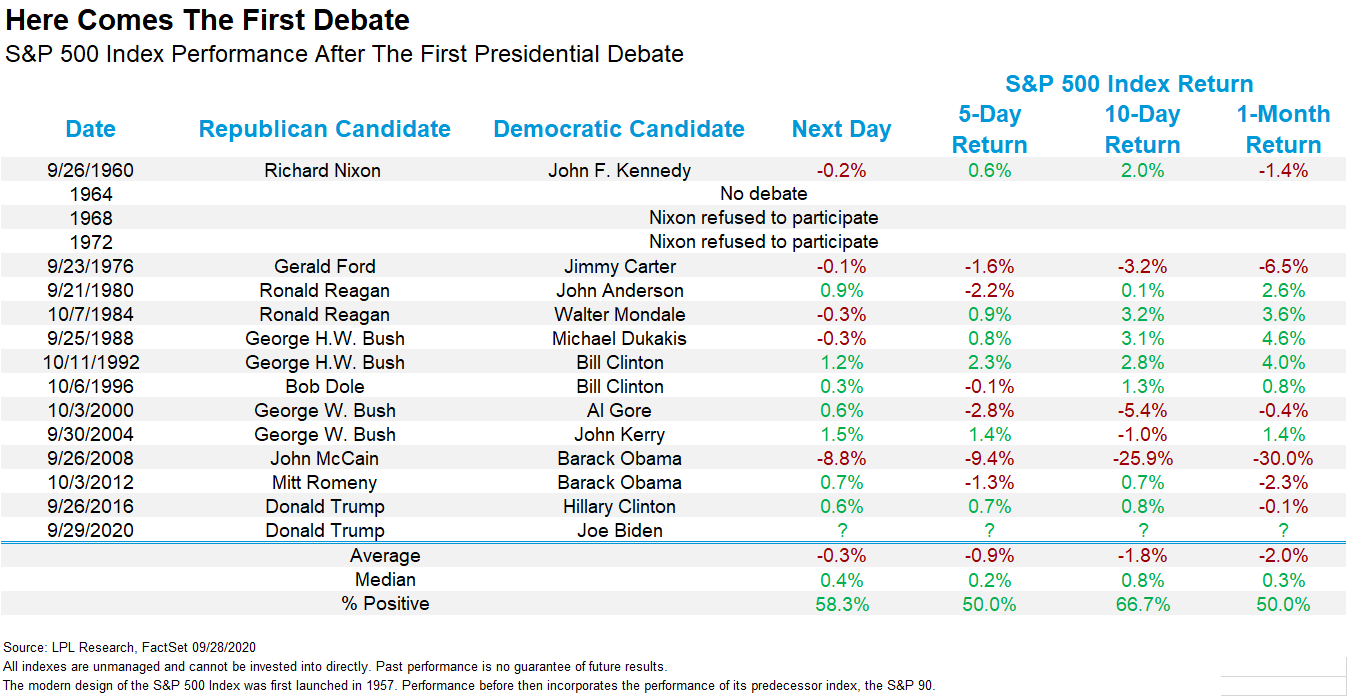