The Golden State Warriors became one of the greatest dynasties in NBA history, winning three championships from 2015 through 2018. The best player throughout this dynasty was Steph Curry, who won two MVP awards and is widely recognized as the greatest shooter in NBA history. But its complete roster was also incredibly effective, especially with its “death lineup” of Steph Curry, Klay Thompson, Draymond Green, Kevin Durant and Andre Iguodala proving almost invincible.

This begs the question: What team would win? A team composed of five Steph Curry’s or the Death Lineup?

In other words, Team Steph Curry reflects the boom/bust investors know as volatility. The Death Lineup equals a diversified portfolio. The team a person chooses represents risk aversion. The end result of the game is a benchmark.

To make the game in the previous slide even more interesting, let’s say that whatever happens to one Steph happens to all of them. A scorching hot Steph Curry and all of his clones doing the same could win some games by a huge amount, just as one stock will have a lot of ups and downs and could post big daily gains. But over the long-term, a diversified team made of several star-level players—or a diversified index like the S&P 500—will almost certainly win more games over the course of an 82-game schedule.

The NBA places a salary cap on how much teams can pay its players. This requires a team to have deft management of its roster. Star players demand and deserve the most in salary. But the best teams usually have several high-level players, which eat up almost all of the salary cap. And a team still must have productive role players around the stars in order to compete. Finding undervalued players or quality rookies at the lower end of the pay scale goes a long way to success. But overpaying for a player who suffers from injuries or doesn’t perform to those expectations can set a franchise back for years.

Portfolio optimization works the same way. It isn’t just about what specific stocks one purchases. A good portfolio also allocates the percentages of certain stocks, sectors and themes in a way to obtain optimal results. Picking the right value stocks can boost a portfolio’s returns. A growth stock (akin to a rookie) might have more risk but could lead to bigger returns.

Plus, every team has an offseason to really take a look at its roster, along with periodically making trades and signings over the course of a season. Investors can and should do the same by periodically reevaluating their portfolios and making the necessary adjustments for hopefully the best results going forward.

The NBA Draft is notoriously hard to master. Bad teams have the first chances at selecting an 18- or 19-year-old teenager that they hope will turn an entire franchise’s hopes around. But there are very few can’t-miss prospects like LeBron James. There are plenty of examples of busts like Anthony Bennett or Kwame Brown who went at the top of the draft and did not play out as planned. Just like investors making their own stock picks, teams must look at all of the information and conduct all of the due diligence possible in hopes that their picks work out well. But investors and teams must also brace themselves for the fact that it doesn’t always work out that way, no matter how much skill and experience one may have in identifying young basketball talent or a stock ready to go to the moon.

Even after doing proper research and preparation ahead of time, teams will sometimes sign or trade for a player with a gigantic contract who either gets injured, is on the downside of his career, or simply is not as good as projected. The best strategy for many teams is to cut their losses by trading that player to another franchise for very little in exchange.

Even the best teams have off nights and will get blown out by 40 points by the opposition. Under those circumstances, coaches will usually pull their best players to avoid the risk of a potential injury or a suspension. The best strategy in those situations is just to accept the loss and to move on to the next game.

Investors also know the same. Sometimes, even the most well-researched selection doesn’t pan out, or a certain sector might be impacted by a recent market event like the Federal Reserve increasing its interest rate. Under those circumstances, it might be best to just take the losses and move forward.

Past performance does not predict the future. Steph Curry may average 30 points per game, but that does not mean he’ll definitely score that amount the next evening. HIs past averages are a good indication of how he may perform, but there’s no guarantee as conditions for each game change. Stocks are, of course, the same—a stock’s 15% gains over the past year is not a promise that these prices will continue.

Further, chasing momentum stocks that have had high returns for a certain length of time is a strategy that can certainly lead to losses. This is a lesson also taught by the 2013 Brooklyn Nets, a team built of All-Star players like Kevin Garnett, Paul Pierce, Deron Williams and Joe Johnson that looked fantastic on paper, but struggled as they were all well past their primes.

Basketball games are almost always won based on matchups. For example, a player with a height advantage might want to back a smaller player down low to score an easy bucket. At the same time, the taller player might not have the speed needed to blow past a smaller player when out on the perimeter. Hedging also works the same way, as there are always advantages in taking an opposite position to protect against losses or perhaps even score some gains. 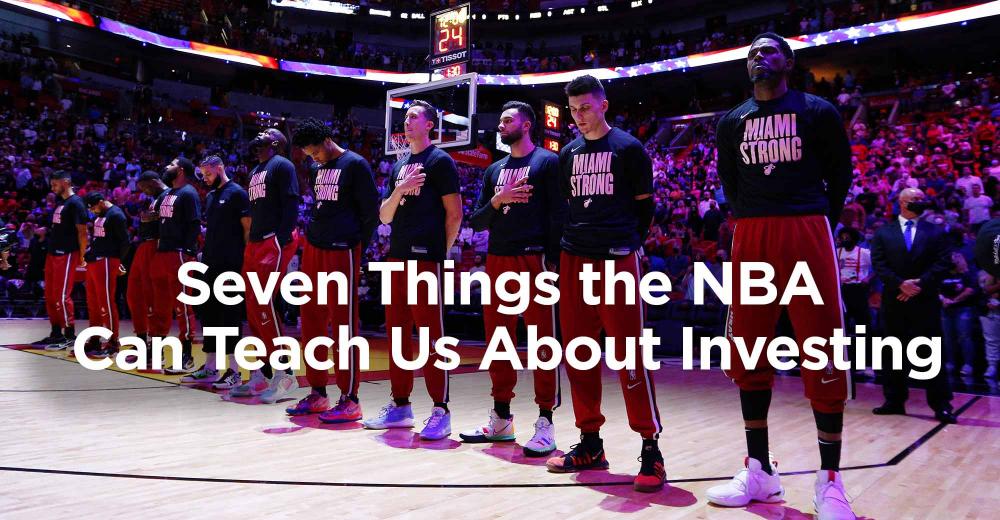