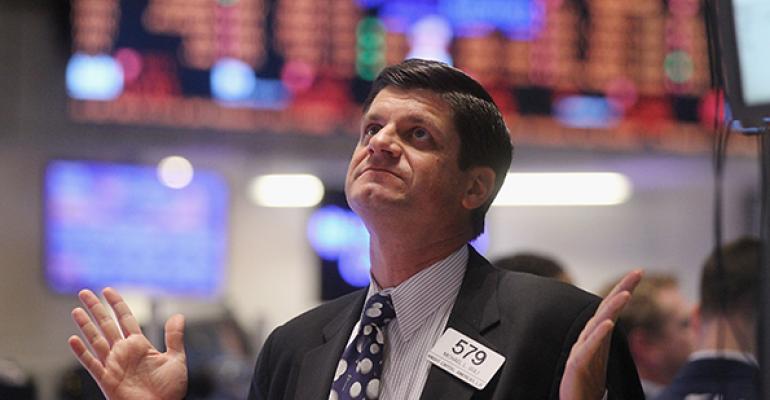 Nobody really knows why the markets fell, Personal Capital launches an SRI strategy and Charles Barkley on losing $4 million in shady investments.

“In Hollywood, nobody knows anything,” wrote screenwriter William Goldman, explaining why smart studio executives so often produce duds, but the sentiment could equally hold true for Wall Street commentators when markets swoon. That’s the argument made by Robin Powell on his blog The Evidence-Based Investor in a post headlined “Why did markets fall? Nobody knows and you shouldn’t care.” Rising interest rates, looming inflation, quantitative traders—all are blamed for the markets’ wild price swings by commentators—but only after the fact. “It’s human nature to want an explanation for market falls, and for why our investments are worth less today than they were last week. We instinctively want to feel a sense of control. It’s why investors are so susceptible at times likes this to succumb to the temptation to act, or to be taken in by product providers for whom such episodes make perfect selling opportunities,” he writes. Digital advice provider Personal Capital has launched its Socially Responsible Personal Strategy to offer clients socially responsible investment strategies. Accessible to customers at no extra charge, the service screens U.S. equity holdings based on environmental, social and governance, or the ESG factors, and uses the company’s Smart Weighting methodology to balance exposure to size, style and sectors within U.S. equities. ESG ratings are provided by Sustainalytics. “There has been a surge of investor interest in aligning their money with their values,” said Craig Birk, executive vice president of portfolio management at Personal Capital. The company has grown its assets in the last 12 months by 76 percent, surpassing $6.5 billion, with an average client relationship of more than $430,000, according to the company’s report. Former NBA basketball star Charles Barkley admitted in a deposition in November that he lost more than $4 million in the past decade investing in companies controlled by his friend, Alabama lawyer Donald V. Watkins Sr. Al.com reported on the deposition, which was taken as part of the Securities and Exchange Commission’s civil lawsuit against Watkins, claiming he defrauded investors, including current and former professional athletes. In the deposition, Barkley says he invested in the companies because he trusted Watkins, instructing his financial advisor to make the deals. But instead of using the money for waste-to-energy conversion ventures as promised, Watkins instead spent the money on personal expenses, including on his girlfriend, alimony, past due taxes and credit card bills, the SEC claims. Barkley admitted in the deposition that the investments were high risk and only for people who could bear the loss. “This is a waste of my time,” Barkley said in the deposition. “I feel angry, mad, disappointed that I’m even in this situation.”