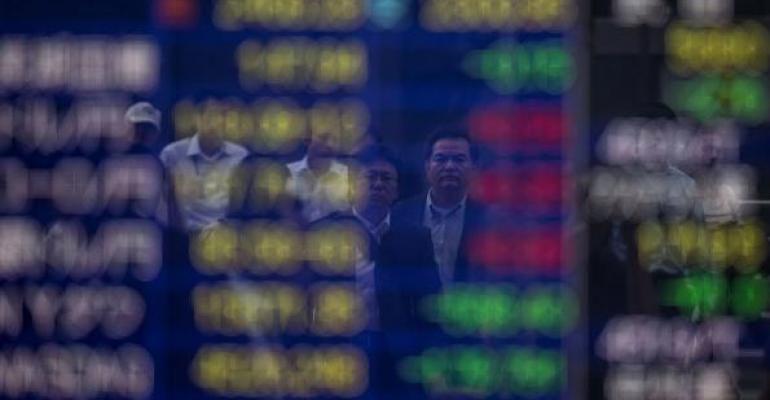 The new year isn’t even two weeks old, and already $2.1 trillion has been added to the market capitalization of global equities.

(Bloomberg) --The sound of euphoria just got a bit louder.

The new year isn’t even two weeks old, and already $2.1 trillion has been added to the market capitalization of global equities. The market is verging on such overbought levels that not even reliably bullish analysts can keep up with the new highs.

Optimism is upending the once-dour mood of a rally noted for the hate it inspired. The bull market, now in its ninth year, has finally reached the point of euphoria, said Morgan Stanley’s U.S. equity strategists.

“Now, we have seen a total reversal with people having a hard time even imagining how the market could decline,” they wrote in a report dated Monday. “We must admit the speed and relentlessness of the move is a bit troubling.”

A melt-up, crude and tax rally, equity euphoria -- call it what you may, but finding cynicism is not an easy task. Here are five signs that confidence is budding, all of which may either embolden the bulls or cause the bears to add more supplies to their doomsday bunkers. It’s not just Wall Street embracing the animal spirits powering equities to their highest levels on record. About 60 percent of individual investors think the stock market will go higher in the next six months, the highest percent since 2010, according to a survey by the American Association of Individual Investors. For every bearish investor, there are nearly four bulls. Maybe too many dire predictions have failed to come true, but U.S. managers are now finding it difficult to bet that the rally loses steam. With short positions on the decline, net leverage among institutional investors has been steadily rising over the past few months to the highest level since 2015, according data on Morgan Stanley’s prime brokerage.

The sell side is also on board. Bank of America Corp.’s oft-cited contrarian measure, its sell side indicator that uses the average of Wall Street strategists’ equity-allocation recommendations, rose for the third straight month to the highest level in six years.

Though it hasn’t hit a sell signal yet, at this pace the indicator will reach a tipping point by the end of January, the bank’s equity strategy team said. Considering the Cboe Volatility Index of stock-options prices is hovering near a record low, it comes as no surprise that positioning in the options market contains hints of exuberance throughout.

The ratio of bearish to bullish options is at its lowest level since 2014, judging by one-month averages tracked by Cboe. Over the past 20 days, there have been on average 1.8 call options for every put. Finally, the ultimate euphoric signal for chart watchers: the relative strength index, which tracks the magnitude and speed of price fluctuations.

The 14-day relative strength index for the S&P 500 Index, MSCI Asia Pacific Index, MSCI World Index, Nikkei 225 Index, and MSCI Emerging Markets Index are all in overbought territory. Together, the average of the gauges soared to a weekly record as of Jan. 5, according to data compiled by Bloomberg.