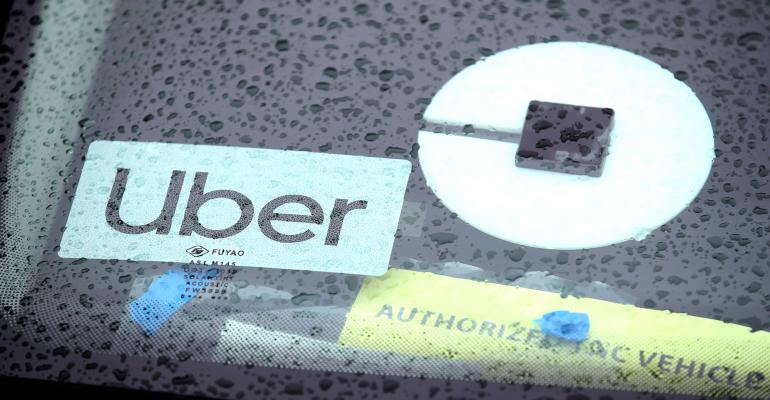 Morgan Stanley Got Clients Into Uber. Then the IPO Stumbled

Morgan Stanley pitched wealth management clients a chance to invest in Uber via a fund dubbed New Riders LP. The minimum investment was $250,000.

By Sonali Basak and Julie Verhage

In 2016, the firm offered its elite clientele a chance to get in early on Uber’s eventual market listing as the investment bank privately raised money for the ride-hailing platform. On Friday, the stock tumbled more than 7% on its debut leaving those early buyers among the droves of everyday shareholders nursing losses -- at least for now. The shares fell a further 8.3% at 9:35 a.m. in trading in New York on Monday.

Morgan Stanley pitched wealth management clients a chance to invest in Uber via a fund dubbed New Riders LP, according to offering documents seen by Bloomberg. It provided exposure to Uber at a $48.77 share price. Their holdings would be convertible to Class A stock in the IPO. Morgan Stanley employees also got a chance to invest under similar terms, the documents show.

The opportunity wasn’t for the just idly interested: The minimum investment was $250,000. Morgan Stanley said clients could be charged up to 2% of the capital they committed to the fund. And the documents valued Uber at a hearty $62.5 billion, a level labeled “reasonable” given Uber’s competitive advantages and growth prospects. The materials go on to list risk factors including Uber’s rising operating expenses and years of losses.

Unclear is how much wealthy customers or employees contributed to the fundraising. A Morgan Stanley spokeswoman declined to comment for this story.

To be sure, Friday’s debut may turn out to be an anomaly. The stock’s decline to $41.57 coincided with a broad stock market selloff in the morning, a weak earnings report from rival Lyft Inc., and the fraying U.S. and China trade talks. Lyft is expected to fall in tandem with Uber when the market opens on Monday.

Still, the situation spotlights a tension as Morgan Stanley leans on its relationships with legions of wealthy investors to provide more private funding to Silicon Valley companies, giving them time to build their businesses before going public. Theoretically, the arrangement can benefit both pools of clients -- and Morgan Stanley’s investment bankers, by giving them an edge in winning mandates to handle IPOs and other services.

Now, Uber’s IPO may test how wealthy clients react if they don’t fare so well.

The wealth management division, led by Andy Saperstein, has a long track record of helping clients bet on the ascent of Silicon Valley startups. The fund’s manager, Dennis Lynch, was involved in Morgan Stanley’s early wagers on Facebook Inc. and Twitter Inc. while they were still private. He oversees portfolios at the bank’s investment management division, and some of his other funds have exposures to other unicorns such as Palantir Technologies Inc.

Morgan Stanley’s prowess in such linkups has helped it wrest mandates from rivals including Goldman Sachs Group Inc. In Uber’s case, senior Goldman Sachs executives struck up an early relationship with Uber’s leaders and even took a stake in the company when it was getting off the ground. At one point, Goldman offered its own wealthy clients notes that converted to stock at a discount to the IPO price, giving them an advantage over other future investors.

Yet, Morgan Stanley managed to get its name listed first on the IPO -- a prized role on Wall Street. The courtship was multifaceted. At one point, one of Morgan Stanley’s most senior bankers, Michael Grimes, even moonlighted as an Uber driver.

Chief Executive Officer James Gorman recently told employees one of Saperstein’s responsibilities would be to find more opportunities for growth between the wealth unit and its largest division, institutional securities, which works on IPOs as well as trading and merger advisory.

In the meantime, Morgan Stanley’s wealthy clients can’t do much more than wait and hope. The documents show that the fund prohibits the dumping of Uber shares for 180 days from the offering.