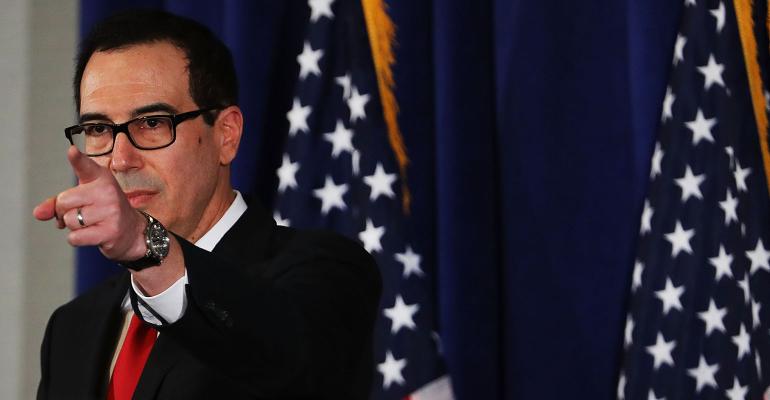 Treasury Secretary Steve Mnuchin said last week that the stock market would reverse a ‘significant amount’ of its gain if Congress does not act on tax reform.

“[There is] no question that the rally in the stock market has baked into it reasonably high expectations of us getting tax cuts and tax reform done,” he said in an interview with Politico.

That could be political posturing, which as an administrative trope it’s hardly unusual. But, let’s digest the threat a bit. Here we have S&P 500 up some 20 percent since the election with no tax reform yet, which begs the question how much is discounted? The point being that a 20 percent gain must discount something—a lot—especially while the Fed is tightening, inflation remains modest. The GDP is meandering along without acceleration and the politics in Washington—tax hopes aside—are hardly comforting.

What I’m trying to say is that the market has discounted tax reforms to a high degree; if we don’t get the grand hopes of the administration, then, arguably, stocks can be disappointed or at least have them priced in and then some.

Words are not numbers, so Mnuchin’s ‘significant amount’ could be anything—5 to 10 percent, I’ll suggest.  Likewise, his term “reasonably high expectations” doesn’t define a risk level that’s somewhat less.  And, of course, the rest of the dreary details—state and local tax deduction, corporate interest deductions, inheritance, etc.—remain to be seen.

Suffice it to say, I agree with Mnuchin: the stock market has reasonably high expectations. I personally like buying the rumor (done) and selling the fact.