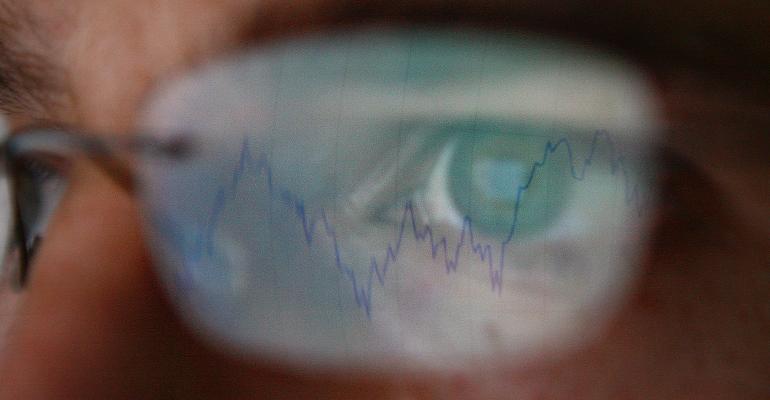 Investors “Sleeping with One Eye Open”

Investors are optimistic but wary about the stock market, a Boston advisor is sentenced to jail for fraud and TokenAI launches a robo cryptocurrency decoder.

Investor optimism remains strong, according to the Wells Fargo Gallup Investor and Retirement Optimism Index, but Americans are wary of factors that could impact the markets and boost volatility. The survey found that 44 percent of investors were “somewhat concerned” about the recent stock market volatility, but 40 percent also said they were “not too” concerned. The top three risks among investors were possible data breaches from cyberattacks (79 percent), the political climate (78 percent) and the federal budget deficit (77 percent). Nearly three-quarters of investors said the market volatility is normal, and 78 percent said they are very or somewhat confident about investing in the stock market as a way to build wealth or investment. “Investors reasonably expect increased market turbulence going forward,” said Erik Davidson, chief investment officer for Wells Fargo Private Bank. “Nevertheless, in their own minds they are ready for it and have every intention to ride it out, recognizing the wisdom of a long-term approach to investing.” A Boston-based financial advisor has been sentenced to 20 months in jail and ordered to pay clients nearly a half million dollars for his role in an investment fraud scheme. Cornelius Peterson, 29, along with co-defendant James Polese, 51, misappropriated about $500,000 from their clients, transferring money out of client accounts to fund their own investments and pay personal expenses. Among the investments was $100,000 in a wind farm project from one client’s account, court records show. They also used $400,000 from another client’s account to back a letter of credit in support of the wind farm project. Client money was also used to pay college tuition and credit card bills, records show. Polese, who previously pleaded guilty to one count of conspiracy and investment advisor fraud, eight counts of bank fraud and one count of aggravated identity theft, awaits sentencing on Aug. 2.

TokenAI Uses AI to Decode the “Crypto” in Cryptocurrencies Investors hung up on the “crypto” part of crypto assets will now have a little extra help. Crypto market and portfolio analysis platform TokenAI is making its artificial intelligence assistant Juliet available to platform users, the company announced. “We thought, ‘If my mom wanted to get into the space, how do we provide something that is user-friendly?’” said Ilana Fraines, the company’s co-founder and vice president of engineering. “There is a lot of confusion surrounding crypto, but Juliet can provide context and walk you through this exciting new world.” In fact, Juliet is marketed by TokenAI as a “personal financial advisor” that can point to particular tokens that might be buying opportunities, based on their small market caps and potential surges in growth. “Juliet’s algorithm has her fingers on the pulse, long before it becomes a conscious emotion for other investors,” said Sam Czertok, co-founder and CEO. “Her straightforward guidance gives investors an edge.”