Jeff Bezos thought Amazon was a good company name to appropriate. Amazon starts with the first letter of the alphabet, a consideration that was important in 1994 when people still used alphabetical web directories. The name also invoked scale as The Amazon is the longest river in the world. Bezos originally wanted to name the company Relentless (go to www.relentless.com if you don’t believe us). Then it registered Cadabra, short for “abracadabra.” When his lawyer misheard the name as “cadaver,” Bezos went back to the drawing board and settled on Amazon.

Accenture is a portmanteau that combines accent and future to create “accent on the future.” It was important for the Enron scandal–ridden Andersen Consulting to take on a new name. Adopted in 2001, the name was thought to represent the company’s intention to be a forward-looking global consulting leader. Accenture began trading on the NYSE on July 19, 2001.

The name Verizon combines the Latin word veritas (truth) with horizon. Verizon Communications was created by the merger of Bell Atlantic and GTE in 2000.

Founded in 1906, the Haloid Photographic Company prospered when it introduced a new technology called xerography (Greek for “dry writing”).

In 1958, the company changed its name to Haloid Xerox. The company assumed its present name in 1961. The name became so associated with the technology that xerox is now used as a generic verb, noun and adjective.

PepsiCo took its name in 1965 when the Pepsi-Cola Company merged with Frito-Lay Inc. The beverage now called Pepsi-Cola was created by Caleb D. Bradham (1866–1934), a pharmacist in New Bern, N.C. First called Brad’s Drink, it was named Pepsi-Cola in 1898, invoking peptic (having to do with digestion), which the drink was said to assist. The Pepsi-Cola Company was incorporated in 1902.

Adidas is based on Adolf Dassler, the company’s founder. It is a combination of his nickname, Adi, and the first three letters of his last name, das. There is no truth to the myth that Adidas is a word in Greek mythology or that it’s short for “All day I dream about sports.” Adidas was founded on August 18, 1949.

Kodak founder George Eastman named the camera and film company in 1888. Eastman believed that the letter K was a particularly “strong, incisive sort of letter.” He decided he wanted the company name to start and end with a K. He and his mother devised the name with the help of an Anagrams game set.

The founders say Etsy was chosen because it represented a nonsense word appropriate to a brand-new company. The founders reject theories that Etsy is short for “easy to sell yourself” or that it’s based on Italian etsi (oh, yes) or Greek (just because). Etsy was incorporated in 2005.

CVS was initially called Consumer Value Stores when it was a subsidiary of Melville Corporation. In 1996, Melville sold off its nonpharmacy outlets and changed its name to CVS Corporation.

The cereal company founded by John Harvey Kellogg (1852–1943) was first called the Battle Creek Toasted Corn Flake Company. In 1922, the company was rebranded as Kellogg’s. In the company’s early days, the founder signed every cereal box as a token of authenticity. Kellogg’s signature now forms the company’s logo.

Sony is a combination of the Latin word sonus (sound) and sonny (a diminutive of the word son). It was 1958. Co-founder Akio Morita wanted more market presence in the U.S. and realized he needed a name to replace Tokyo Tsushin Kogyo (Tokyo Telecommunications Engineering Corporation). The company wanted to be associated with music and sound, hence sonus. Sonny was a popular, evocative word in the 1950s. The second word echoed the first, and it made the company name easy to pronounce for Americans.

IKEA is derived from a combination of founder Ingvar Kamprad’s initials plus an abbreviation of the farm and village where he spent his childhood. “IK” represents the founder’s initials. The “EA” represents Elmtaryd, the name of the farm on which he grew up, and Agunnaryd, the name of his village. Like the assemble-it-yourself furniture IKEA sells, the company name is assembled, as well.

Arby’s is based on the initials of founders Leroy and Forrest Raffel, famously called the Raffel Brothers or “RB” for short. Arby’s is the phonetic representation of RB. The founders have denied that the RB stands for “roast beef” the main ingredient in their sandwiches. The company was founded in 1964 in Boardman, Ohio.

H&R Block was named after its founders, brothers Henry and Richard Bloch. In 1955, the income tax preparation company was named Block to make it easier to spell and to avoid the possibility of customers pronouncing the name as “blotch.” 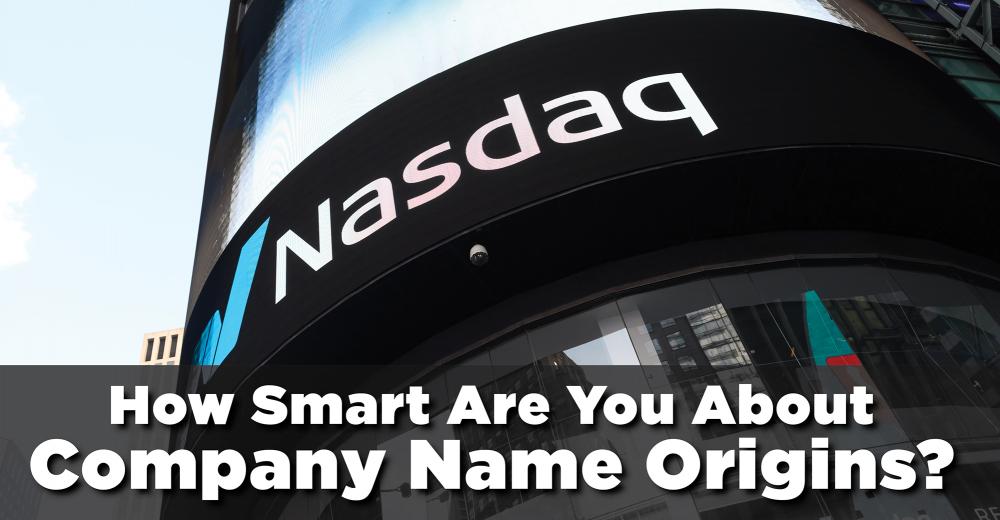