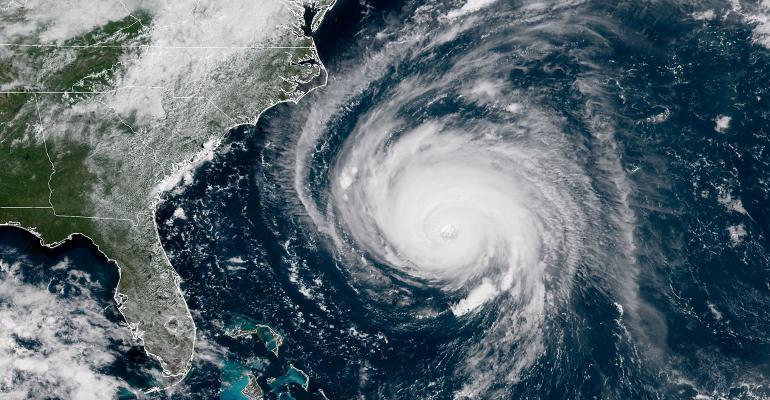 How Hurricane Florence May Affect Stocks: A Sector-by-Sector Guide

Here’s a recap of what Wall Street is watching.

By Esha Dey and Janet Freund

(Bloomberg) --Equity investors are closely tracking Hurricane Florence as the worst storm to hit North Carolina in decades could also have a menacing effect on the insurance, retail, agriculture and restaurant industries. More than 1 million people are evacuating their homes as the Category 4 storm is expected to make landfall over the weekend. Analysts say the event could also be a boon for companies that specialize in roof repairs or disaster-related services, as well as transportation providers.

Here’s a recap of what Wall Street is watching: