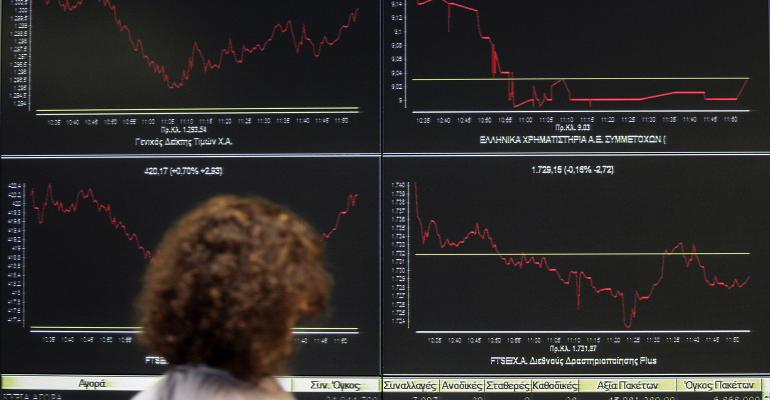 The top 10 stock indexes that gave global investors the greatest returns in 2016 were all emerging or frontier markets.

(Bloomberg) --If you want world-beating returns from your equity investments year after year, avoiding emerging markets isn’t an option.

The top 10 stock indexes that gave global investors the greatest returns in 2016 were all emerging or frontier markets, according to data compiled by Bloomberg. That’s not a fluke: over the past 20 years, nine out of 10 best-performing equity gauges have been in developing nations, the figures show.

Investors often think of emerging markets as riskier because their higher returns come with greater volatility and currency turbulence. Data turns that conventional wisdom on its head. The first table below shows how developing nations rank at the top even when the gains are converted into U.S. dollars. The second table shows investors make more money in emerging and frontier markets on a volatility risk-adjusted basis. “What the data shows is that our preconceptions are often wrong,” said Julian Mayo, who helps oversee $2 billion as co-chief investment officer at Charlemagne Capital Ltd. in London. “The long-standing thought is that emerging markets are riskier and less resilient than developed markets. This data demonstrates that it isn’t always the case.”

Signs are growing that developing nations may continue their winning run in 2017. They account for nine out of the top 10 dollar returns at the start of the year and seven of the 10 best volatility-adjusted gains. Emerging markets will benefit from higher earnings expectations, expanding growth differentials with rich nations and more disciplined capital-spending by companies, according to Mayo.

The MSCI Emerging Markets Index has advanced 2.7 percent this year, compared with a 1.5 percent gain in a similar gauge of rich-nation stocks.

In 2016, Brazil was the best equity market in dollar terms, with its benchmark index gaining 69 percent. In volatility-adjusted returns, Kazakhstan came out on top. The second spot went to Pakistan, which will formally upgrade to an emerging market from a frontier nation at MSCI Inc. this year. These two markets, as well as Peru, Russia, Morocco and Bulgaria, figured in both lists. The last time rich nations dominated the list of equity gainers was in 1998 when emerging markets were roiled by a Russian debt default and the aftermath of the Asian currency crisis. That year’s No. 1 market in dollar terms was Greece, which was downgraded to an emerging market by MSCI in 2013.

Mayo cautions against misinterpreting the data: what they show is that most best-performing stock markets are emerging nations, not that every emerging nation is a best performer. In fact, the same data also shows the list of worst loss makers dominated by the developing world.

Even after the outperformance in 2016, developing-nation stock valuations remain attractive and should lure investors this year, Mayo said. The MSCI Emerging Markets Index trades at 12.1 times the projected earnings of its members, 26 percent lower than the price-earnings ratio for the MSCI World Index.