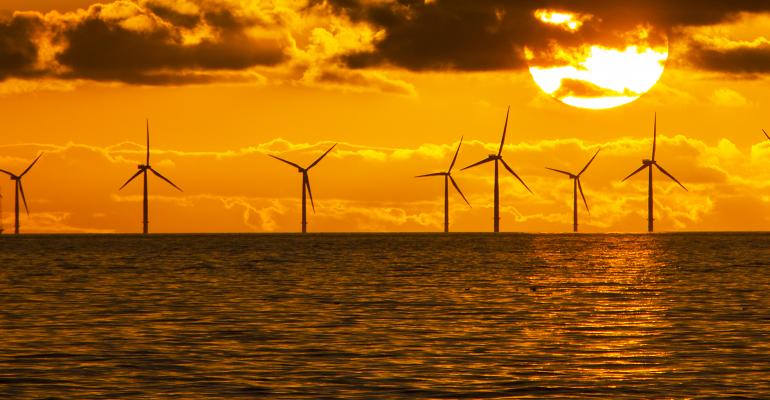 Combating climate change and boosting green energy is a key aspect of Biden’s plan, with $174 billion in proposed funding for electric vehicles and a 10-year extension for tax credits that have aided wind, solar and other renewable-energy projects.

(Bloomberg) -- As President Joe Biden gets ready to lay out the infrastructure portion of his economic package, investors are refocusing on an industry that’s recently been battered: green energy.

Some of the newest S&P 500 members such as solar-power company Enphase Energy Inc. and lighting supplier Monolithic Power Systems Inc. climbed on Wednesday after tumbling from their January peaks. The selloff followed a surge of 572% and 106%, respectively, in 2020. Elon Musk’s giant Tesla Inc. also rallied after largely underperforming the equity benchmark this year.

“My sense is green energy and clean tech stocks went on a tear between the election and the inauguration, suggesting buy the rumor, sell the news,” said Mike Bailey, director of research at FBB Capital Partners. “You could argue that some of these green stocks have given up all of the good news from the Biden win. If that’s the case, then progress toward the Biden infrastructure plan should be at least neutral and potentially favorable for green energy and clean tech.”

Combating climate change and boosting green energy is a key aspect of Biden’s plan, with $174 billion in proposed funding for electric vehicles and a 10-year extension for tax credits that have aided wind, solar and other renewable-energy projects. He’s also looking to expand tax credits for the underground storage of carbon dioxide, which would help develop technology that could directly capture greenhouse-gas emissions from the air as well as from industrial sectors like steel and cement making.

The electric-vehicle portion of the plan, in particular, is likely to benefit investments tracking the area, according to Dan Ives, senior equity research analyst at Wedbush Securities.

“For the EV sector, the Street has been awaiting this day since Biden was elected,” he wrote in a note on Wednesday. “The combination of a Biden administration and a Blue Senate sets the stage for a green tidal wave in the U.S. to kick off, with electric vehicles the centerpiece,” he added, referring to a Democratic Senate.

Two ETFs that follow the EV industry -- the KraneShares Electric Vehicles and Future Mobility Index ETF (KARS) and the Global X Autonomous & Electric Vehicles ETF (DRIV) -- have struggled recently, down 13% and 7% respectively from their February peaks. That’s after rallying 71% and 62% in 2020.

“We saw a pretty big surge in a lot of green energy names, so I think in the short term, valuations may be a bit stretched,” said Matthew Weller, global head of market research at Forex.com. “But over the time frame of quarters or years, they could be well positioned to benefit.”

Still, some investors are waiting for the adoption of green technology to accelerate further before making huge bets.

“At the margin there is more interest, there’s the potential for some additional company and even sector inclusion,” said Eric Freedman, chief investment officer at U.S. Bank Wealth Management. “But we need to see -- especially if you look at EV -- there has to be a significant ramp higher in implementation and usage. That’s something we think is going to eventually happen but not in the immediate future.”