To put it more elegantly, the U.S. 10-year government bond yield surged to the highest since 2011 on Friday after Federal Reserve Chairman Jerome Powell heaped praise on the American economy, stoking expectations that monetary tightening will continue. A gauge of underlying U.S. inflation released Thursday was below estimates but remained around the Fed’s goal.

“There is a tipping point where higher rates start to have potentially a negative impact on growth and on equity valuations,” said Toby Gibb, client portfolio manager at Fidelity International in London. “People have started to get concerned that we may be approaching that level.”

More companies are speaking up about the trade conflict’s impact on their business. Trinseo SA on Wednesday became the second chemicals maker this week to warn of disappointing results, partly due to trade uncertainty. Industrial supplier Fastenal Co. said new U.S. tariffs on Chinese goods are hurting customers.

“U.S. equity markets have been resilient to rising trade tensions compared to their global counterparts, leaving them susceptible to pullbacks as the costs become more apparent,” Mark Haefele, global chief investment officer at UBS Wealth Management, said in a note.

Also somewhat related: Luxury-goods are in a meltdown after LVMH confirmed that China was cracking down on undeclared imports of such products.

The International Monetary Fund cut its forecast for global growth this week, blaming rising trade tensions and stress in emerging markets. And while this year’s 19 percent gain in WTI crude gives some economies a boost, the International Energy Agency has warned that high prices due to falling supply from Iran and Venezuela are leading to a “risky situation” for the global economy. While the macro picture is still solid, especially in the U.S., the concern now is we’re moving into later stages of the business cycle.

“The potential for a synchronized slowdown in the global economy is now gaining ground fast,” Amundi analysts led by head of macroeconomic research Didier Borowski wrote in a note. “The protectionist rhetoric is a shock of uncertainty that has begun to spread to real economic activity.”

4. What Was Down Is Up
Copyright Chris Hondros, Getty Images

The sell-off has seen investors rotating into previously overlooked styles or sectors and discarding old favorites, hitting index heavyweights. Quantitative investors are moving into value stocks and out of momentum and growth since cheap shares tend to do better when yields are rising. There’s also been a rotation away from cyclicals and into defensives: Europe’s best performers on Thursday are good old telecoms and real estate.

Or consider everyone’s beloved U.S. tech darlings. They’ve been battered during this sell-off, tossed aside amid the shift from growth stocks and a delayed reaction to trade uncertainty.

All these moves are only compounded by redemptions in passive funds and quantitative trend-followers. With bonds and stocks falling in tandem, risk-parity funds may also be contributing.

In Europe, the equity slide came a little less abruptly, as worries over Italy’s debt sustainability have been weighing on markets for a while now. The country’s populist leaders are sticking to their costly election promises, even as sovereign yield spreads continue to widen, saying rating agencies are from a “virtual world.” Italy’s benchmark is set to enter a bear market on Thursday, having plunged more than 20 percent from its peak in May. For the rest of Europe, the fear is that Italy is due for a showdown with the European Union over its budget. 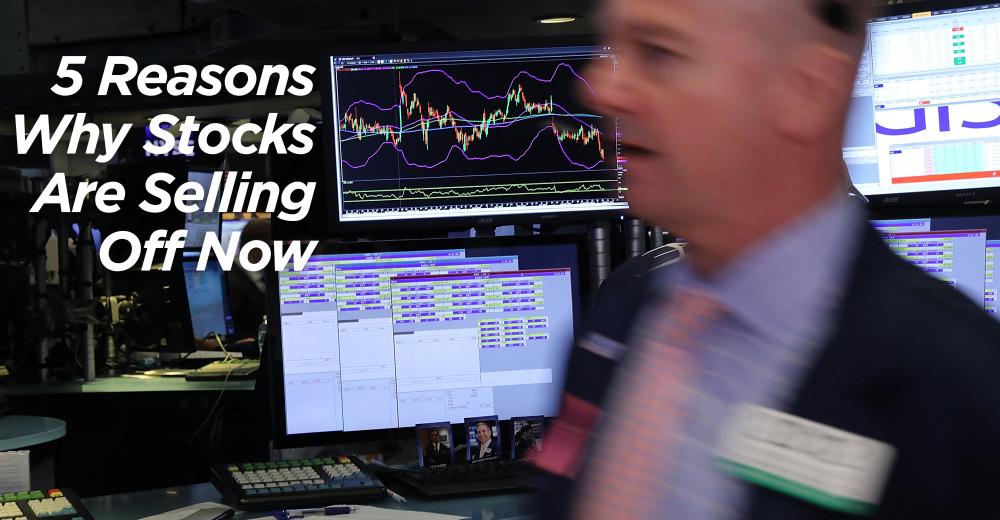