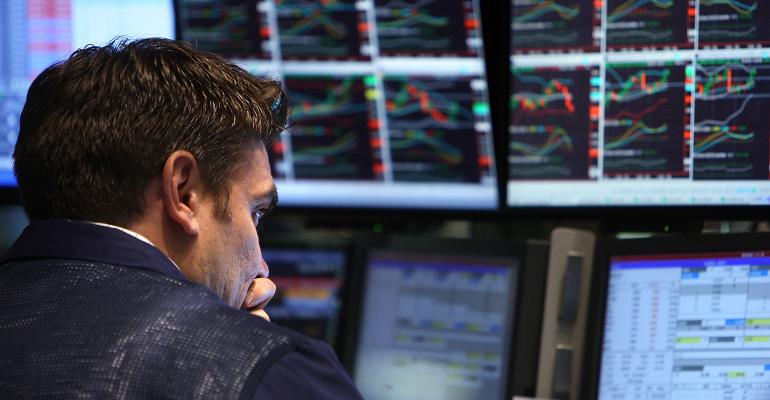 Did Active Managers Capitalize on the Spike in Volatility During February?

The notion that active managers shine during periods of market volatility hasn’t had a chance to be tested for quite some time, but February gave them reason for optimism.

Until recently, we have had to go back to 2016 to test this notion, as volatility, measured by the CBOE VIX Index, has been muted over the past 18 months or so (figure 1). February finally provided us with a period of spiked volatility, which we can examine to see if active managers do indeed, capitalize during periods of volatility.

February marked the worst monthly decline in U.S. equities since 2016, resulting in a volatility spike, as the VIX eclipsed 15 on February 2, and averaged 22.5 for the entire month. According to EPFR Global, investors fled equities during the month, with ETFs absorbing most of the outflows, as investors pulled $20 billion out of ETFs and nearly $14 billion out of non-ETFs .

This spike in volatility provides us with a period to test the notion that active managers benefit during volatile times. Typically, one would rather look for trends over longer time periods, however, with the lack of market volatility, the month of February provides a decent litmus test.

Looking at the performance of the different category indexes sheds some light on the above results. Figure 3 shows that the value indexes, regardless of where they fall on the market-cap spectrum, all underperformed the growth and core indexes by a wide margin. This underperformance may have contributed to the high number of value funds outperforming the benchmark. If we expand the time frame to five years, the commentary changes. The CBOE VIX five-year average of 14.48 was much lower compared to the month of February, providing an advantage to passive managers. Figure 4 illustrates that the pool of active managers who outperformed their respective category index during this five-year time period of muted volatility was much lower compared to February.

Despite the brief time period, the month of February confirmed the notion that increased volatility provides opportunities for active managers. Look for active managers to build off the momentum of 2017, which comparatively speaking, was a successful year compared to years prior, and capitalize on the heightened volatility and outperform.

Ryan Nauman is a vice president and market strategist with Informa Financial Intelligence.