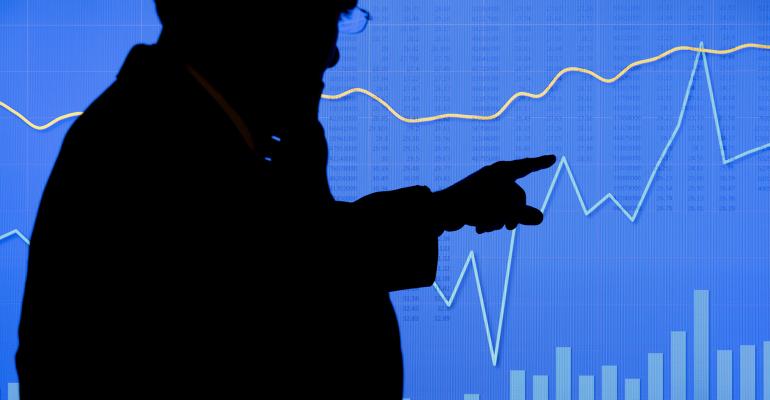 This year both stocks and bonds have advanced, sending the 60/40 mix to the best start to a year since 1987.

(Bloomberg) -- Everyone knows that past performance doesn’t predict future results. That’s turning out to be a good thing for one of the most popular investment strategies.

Portfolios divided between 60% stocks and 40% bonds were hammered last year with an annual loss of about 17%, the worst since the financial crisis of 2008.

But the severity of the bond market’s selloff pushed yields up so much that analysts at BlackRock, AQR Capital Management and DoubleLine expect the fixed-income securities to breathe new life into the 60/40 portfolios.

The view is supported by expectations that the Federal Reserve is nearing the end of its interest-rate hikes as inflation comes down from its peak. If that proves to be correct, it would reduce the risk of another slide in bond prices and allow them to serve the traditional role of a stock-market hedge if a recession drags equities lower.

This year both stocks and bonds have advanced, sending the 60/40 mix to the best start to a year since 1987. It has returned about 3.6% so far, according to Bloomberg’s index.

The strategy has typically yielded steady gains with less volatility because the two tend to move in opposite directions. Bonds typically rise in the face of an economic slowdown that hurts stock prices, while their interest payments provide another buffer.

The tactic, however, backfired last year when the Fed’s swift retreat from its near-zero interest-rate policy sent stocks tumbling from record highs and drove Treasuries to the steepest losses since at least the early 1970s. Because bond yields were so low to begin with, the interest payments did little to offset the hit.

The scale of those drops has since reversed that dynamic by driving some bond yields to the highest in over a decade and cutting stock valuations.

“The starting point in 2022 for a 60/40 strategy was premium equity valuations and low nominal rates, with cash paying close to zero,” said Jason Pride, chief investment officer of private wealth at Glenmede. Now “the 40% from fixed income looks normal and the 60% from equities doesn’t look so horrible. We prefer fixed income, and expect challenges for the economy that favors high-quality bonds over equities.”

The bond market has rallied in January on speculation that the Fed will only raise its benchmark by another half percentage point and start easing monetary policy later this year. While that’s driven yields down from their late 2022 peaks, those on benchmark 10-year Treasuries are still holding around 3.4%. Until last year’s spike, they hadn’t been that high since 2011.

“Expected returns in fixed income are the highest we’ve seen in years,” Doug Longo, head of fixed-income strategists at quant pioneer firm Dimensional Fund Advisors, said in a note to clients.  On the equity side, the firm’s strategists see strong potential for solid gains in value stocks.

Key to the outlook is whether investors’ expectations for the Fed are correct, especially since central bank officials have signaled they may keep rates high to ensure that inflation doesn’t surge back. And few Wall Street strategists were strongly bullish on stocks heading into the year because of the risk an economic downturn that would hurt earnings.

Still, recent data has been supportive of the market’s views. In December, the consumer price index fell from a month earlier for the first time since mid-2020. On Wednesday, the Labor Department reported that producer prices dropped last month by the most since the start of the pandemic, triggering another bond-market rally.

If the slowdown continues, it could bode well for stocks, which rallied in prior periods after inflation pulled back from its peak. The possibility of such a bounce has lured back some investors.

“We’re looking at where should we we be adding risk back,” said Nancy Tengler, CEO and chief investment officer at Laffer Tengler Investments, which manages just over $1 billion in assets. “Yes, we’re all exhausted and demoralized in a bear market. But in my experience, the biggest risk that any investor takes is not taking enough risk.”