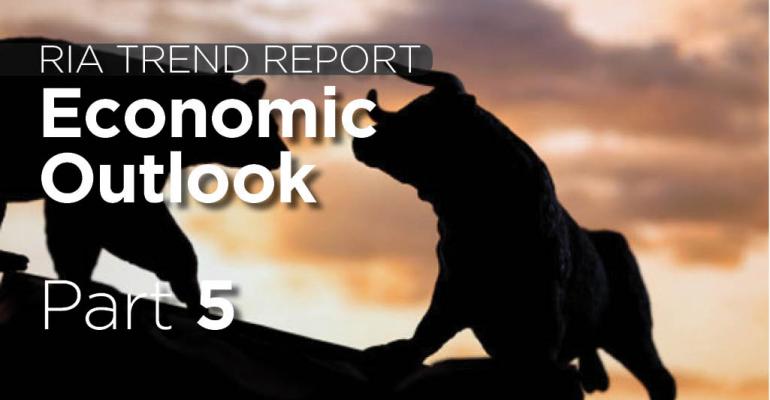 RIA Trend Report 2016: Key Drivers of Growth in the Next Five Years

Referrals from existing clients are, by a wide plurality, again the leading driver of sustained growth this year, coming in at 52% of respondents, up almost ten percentage points from last year. The previous second place growth driver, increasing marketing/networking, remained in the number two spot, but fell to 15% from 26%. The other notable change from last year is that 11% of advisors expect to grow via greater share of asses from existing clients, a response rate that is almost double last year’s level. With respect to other key growth drivers, the percentage of respondents indicating referrals from professional network, building the right team of people, and organic growth from the stock market, are very consistent year-to-year. The responses to this question are consistent with our findings in the marketing and client relations chapter, which indicated the importance of referrals in growing an advisory business.

Next Part 6 of 6: Biggest Threats to Advisors' Businesses