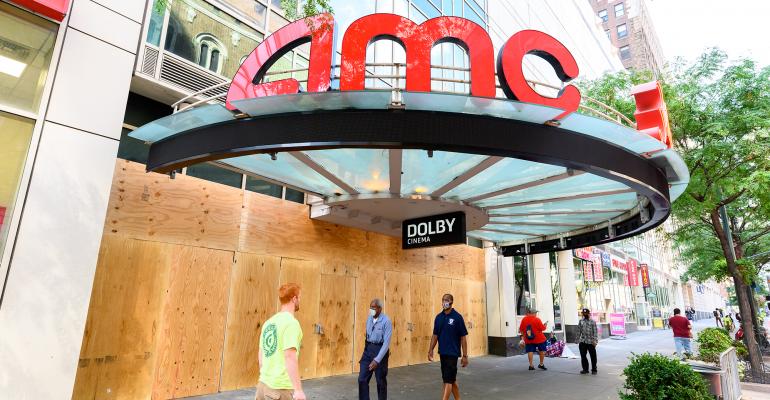 (Bloomberg)—For investment firms that profit by buying the debt of troubled companies, it looked like the opportunity of a lifetime: a $1 trillion pile of distressed bonds and loans in the Americas alone as the pandemic sent markets into meltdown last March.

But after a massive federal bailout and rock-bottom interest rates kept even some of the shakiest companies afloat, those juicy targets have shriveled to less than $100 billion. That’s left distressed-debt specialists -- who at one point last year had $131 billion to spend -- rummaging for increasingly elusive bargains. Even the real estate sector, which was hammered after the pandemic shuttered offices, hotels and stores, has managed for now to avoid an epic wipeout.

So, how are distressed-debt investors -- often among of the savviest in the markets -- deploying all that cash? A few, like Caspian Capital, decided to return some money to investors because the rewards wouldn’t justify the high risks anymore.

Others are looking farther afield. Olympus Peak Asset Management is dipping into things like unpaid vendor claims in firms that are already bankrupt. Arena Investors is picking through convertible bonds and real estate loans cast off by banks. And giants of the business like Oaktree Capital Management are rustling around in Asia for opportunities.

“People aren’t investing, they’re just chasing,” said Adam Cohen, Caspian’s managing partner. And this comes with an extra helping of risk, according to Oaktree co-founder Howard Marks, the dean of distressed investing. “To get to higher returns these days, you have to be willing to extend credit to somebody who is not clearly coming back,” Marks said in a Bloomberg TV interview.

The money nevertheless continues to roll in, and managers have made some progress at finding new places to put it. About 40 funds -- from Oaktree to Angelo Gordon & Co. -- collected about $35 billion between this year and last, according to consultants at Preqin.

For Arena Investors, a $2.2 billion investment firm, going smaller and nimble has had its advantages, said Chief Executive Officer Dan Zwirn. That’s because 80% of distressed companies in early April had less than $1 billion of debt outstanding, and about 60% of the companies that filed for Chapter 11 bankruptcy last year owed less than $500 million. That’s left too many larger firms chasing the few big situations that are left.

“When you’re writing checks above $100 million, the level of competition is excessive,” Zwirn said.

Arena deployed almost all of the $519 million it raised for a special opportunities strategy last year, targeting industries dislocated by the pandemic. Among the things they’ve been active in: real estate loans, special-situation lending in energy and aviation and litigation finance.

Fund managers like Olympus Peak are also looking at companies that are too small to tap into the seemingly limitless bond and equity markets, which were supercharged last year by the unprecedented wave of federal stimulus.

Large public-market borrowers have been mostly picked over by now. Smaller companies, on the other hand, have relied more on banks for liquidity. And the percentage of banks making it tougher to get a loan is still high at 11.4%, according to the Federal Reserve, well above the 1.9% average since the great financial crisis.

“If you can only do public-market distress, you just have to hold your position, because if you sell it, there’s nothing else to buy,” said Jason Dillow, chief executive officer at the $8.4 billion Bardin Hill Investment Partners.

Either way, distressed fund managers are trying a variety of tactics to drum up returns, according to people familiar with the portfolios:

Bardin Hill raised $600 million for privately negotiated credit in early February and deployed about 78% of it. The cash went into high-end cruise lines, fitness, technology, health care and education, along with alternative assets such as insurance-backed claims.

Olympus Peak, which runs a $1.4 billion hedge fund, started a $300 million fund this month focused on vendor claims that arise out of bankruptcies. So-called trade claims are often small, illiquid and labor-intensive, and thus less attractive for a larger fund.

Angelo Gordon collected $3.5 billion at the beginning of the pandemic and invested all of it, plus $1 billion in recycled capital. It favored privately negotiated financings with high yields and strong protections for its investment written into its agreements.

Centerbridge Partners’ Special Credit III strategy invested $1.8 billion in March and April of 2020. It has since traded out of 90% of those positions. The cash was redeployed into growth companies such as HCI Group Inc. and rescue financing for businesses such as cinema chains, including AMC Entertainment Holdings Inc., its U.K. subsidiary Odeon, and Cineworld Group Plc.

As of February, Monarch Alternative Capital had invested more than 60% of the $3 billion it raised last year for its latest distressed credit fund. The firm lent to bankrupt businesses after the pandemic shut them down temporarily. The roster included a franchisee for Wendy’s and Pizza Hut, Ann Taylor’s parent company Ascena Retail Group, and the owner of Chuck E. Cheese, with Monarch looking beyond the pandemic and at times boosting its investment to keep the companies afloat.

For Cohen’s $3.5 billion Caspian Capital, distressed-debt investing is too narrow a mandate in today’s world, so the firm broadened into firms that are merely stressed. It’s looking for 10% to 15% yields, or credits that trade between 70 and 90 cents on the dollar but aren’t in default.

Even with that wider purview, Caspian decided to close its $500 million dislocation strategy fund after cashing out when prices rebounded. Investors got back $565 million.

“Money always burns a hole in your pocket,” Cohen said. “The best thing you can do now is not make a mistake. That can save you a lot more money than mediocre trades can make you.”

To be sure, firms with patient capital don’t have to invest right away, and there could be a bigger wave of opportunities after policymakers scale back economic support, according to JPMorgan Asset Management’s David Lebovitz.

In the meantime, Oaktree is looking to raise $15 billion for its latest distressed fund and put its money to work outside the U.S. So far, public filings show, only about 10% of its pledged capital was drawn as of February. Oaktree’s pitch to investors cited almost $5 trillion in opportunities across Asia, mostly China, including non-performing loans, bonds, shadow-banking loans and leveraged loans.

The lingering question is whether the distressed assets that remain are destined for a recovery, or whether they’re simply being kept afloat by an historic dead-cat bounce that won’t last.

“If you had a fundamentally strong business, you could’ve found the liquidity to make it through the challenges of 2020,” Chris Acito, chief investment officer of Gapstow Capital Partners, a New York-based firm that specializes in picking credit-fund managers. “Many of the businesses which are still in distress have flawed business models that will be difficult to revive.”