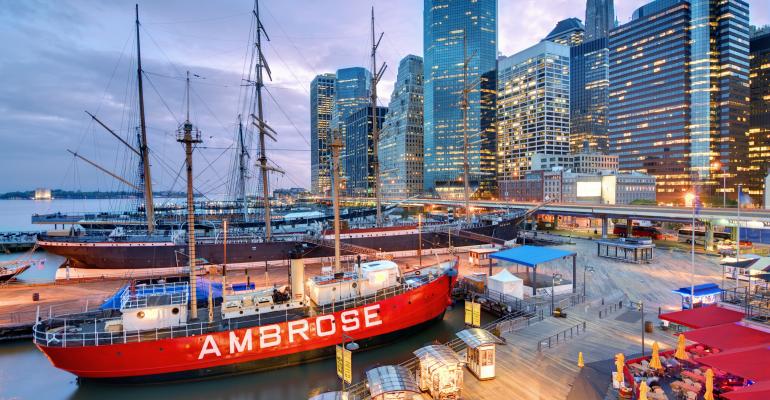 What it Takes to Get Something Built in New York: Howard Hughes Corp. and the South Street Seaport

Large-scale commercial development is rarely easy, but the Howard Hughes Corp. is finding out just how challenging bringing projects to fruition can be when it comes to New York City. Back in 2012, the New York Economic Development Corp. handed the company the contract to redevelop Pier 17, at the Historic South Street Seaport. The City’s Landmarks Preservation Committee approved the plan. The neighborhood’s Community Board 1 gave it the green light. By March 2013, it received anonymous approval from the New York City Council. Yet last week Crain’s New York Business reported that Manhattan Borough President Gale Brewer and City Councilwoman Margaret Chin were soliciting alterative bids from other developers for the $1.5 billion project.

At issue, it seems, is a 494-foot residential condo tower that Howard Hughes would like to include in the redevelopment, but some city politicians are not sold on.

Gale Brewer, the borough president, told Crain’s the building would be “out of context for a historic district.”

Some community residents have complained to The New York Times that: “The tower would obscure views of the Brooklyn Bridge and clash with the low-scaled, early-19th-century brick buildings that make up the 11-block seaport district, once the center of the city’s maritime industry.”

Initially, executives at Howard Hughes were hoping that support from powerful New York Assembly Speaker Sheldon Silver would ensure a smooth development process, the Times reports. In a stroke of bad luck for the company, however, earlier this year Silver was arrested by the FBI and now faces corruption charges. According to The Times:

“Traditionally, the City Council, which must approve the project, follows the lead of the local council member, in this case Margaret Chin, who opposed the tower.”

At the same time as it must contend with New York’s notoriously vociferous community opposition, Howard Hughes Corp. is battling insurers over $8.6 million in damages caused to the Seaport by Superstorm Sandy in the fall of 2012, reports Law360. The company claims that Ace Insurance Cop. and Torus Specialty Insurance Co. have hiked up the deductible for the damages. According to the lawsuit:

“…prior to Superstorm Sandy, South Street Seaport was approximately 96 percent leased and generated substantial revenue, but after the storm caused massive damage to its infrastructure, many tenants canceled their leases. That damage was from when the storm caused the East River to flow over the seawall close to the property, not only causing property damage but health hazards as well, because the East River is ‘black’ water.”

So what is the outlook for the South Street Seaport redevelopment projects? At this point, it remains unclear, notes blog New Construction Manhattan:

“Where, then, does the fate of South Street Seaport lie? Essentially in the hands of Hughes and elected officials. Tensions remain high and neither side show signs of further compromise. Hughes recently paid $30.8 million for 333,329 square feet of air rights above the Seaport, while the Special Landmarks Committee is attempting to landmark the New Market Building by extending the historic district’s parameters, a loophole that would prohibit the tower from being built on the Seaport and render the controversy moot.”