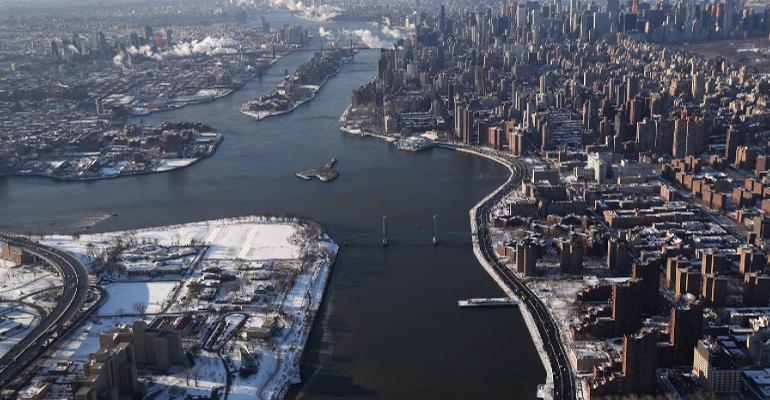 Rents in Queens dropped 12 percent from a year earlier, to a median of $2,646 a month after landlord giveaways were subtracted, according to a new report.

(Bloomberg)—For New York City apartment hunters, April was another good month to find a deal on rents. But no one fared better than those in northwest Queens.

Rents there dropped 12 percent from a year earlier, to a median of $2,646 a month after landlord giveaways were subtracted, according to a report Thursday by appraiser Miller Samuel Inc. and brokerage Douglas Elliman Real Estate. Those giveaways were offered on 65 percent of all new leases signed in the area, excluding renewals, a record share in data going back to the beginning of 2016.

“More customers who were originally looking in Manhattan and Brooklyn are considering Queens,” said Hal Gavzie, Douglas Elliman’s executive manager of leasing. “It used to be just 100 percent a different consumer.”

New York City tenants are crossing borders to compare deals in a market groaning under the weight of new supply. Landlords, who’ve accepted they need to compete to keep their units filled, are working to attract new tenants and offering sweeter renewal terms to keep the ones they have, Gavzie said. In Manhattan, 44 percent of all new leases came with a landlord concession, such as a free month of rent or payment of broker fees. In Brooklyn, the share was 51 percent, a record for the borough.

Still, the number of new leases in Manhattan and Brooklyn fell 3.5 percent and 1.6 percent, respectively, a sign that renters there found good reason to stay in their current apartments, Gavzie said.

“Tenants negotiating a renewal, they’ve looked around to see what deals they can get,” he said. “So their landlord gives them a sweet offer to stay.”

For Queens, the report tracks only the northwest, the part of the borough nearest Manhattan.