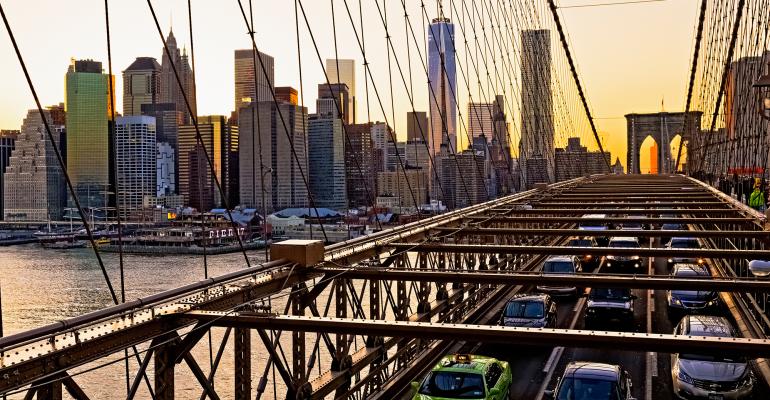 New York Tax-Paying Residents Were Moving Out Even Before Covid

Families looking for more space and wealthy individuals trying to save on taxes are leaving the state.

(Bloomberg) -- Even before Covid-19 hit, the state of New York was facing an outflow of tax-paying residents.

The state had an average annual net out-migration of 28,700 part-year residents, or 0.3% of taxpayers, between 2015 and 2019, according to a report from New York State Comptroller Thomas P. DiNapoli. That means the state lost roughly 115,000 tax filers during the period, in a trend that’s likely to have continued after the pandemic with the rise of remote working.

Families looking for more space and wealthy individuals trying to save on taxes are leaving the state, which is among the most expensive places to live. That’s left a challenge for state and local officials and their ability to raise revenue. 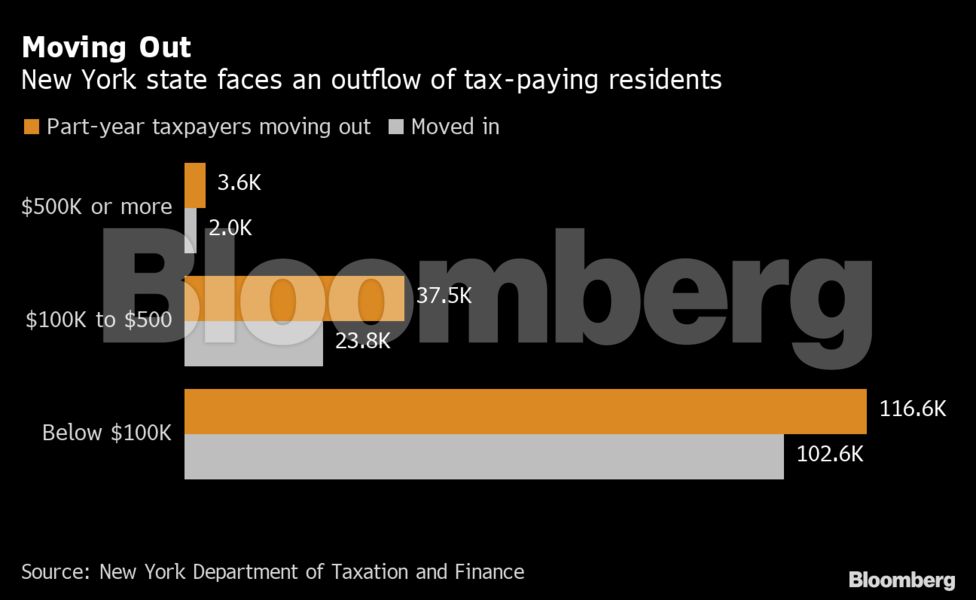 Meanwhile in 2019, about 3% of New York’s personal income tax filers were part-year residents -- another metric that may have grown after the outbreak of the pandemic when many people fled to second homes or back in with their parents.

Further, nonresidents comprised 10% of filers, or about 1.1 million tax returns, but were responsible for 15% of the personal income tax the state collect. This is because nonresidents must file New York income tax if they receive income from New York sources. Nearly half of all taxpayers with incomes of $1 million or more were nonresidents, according to the report.