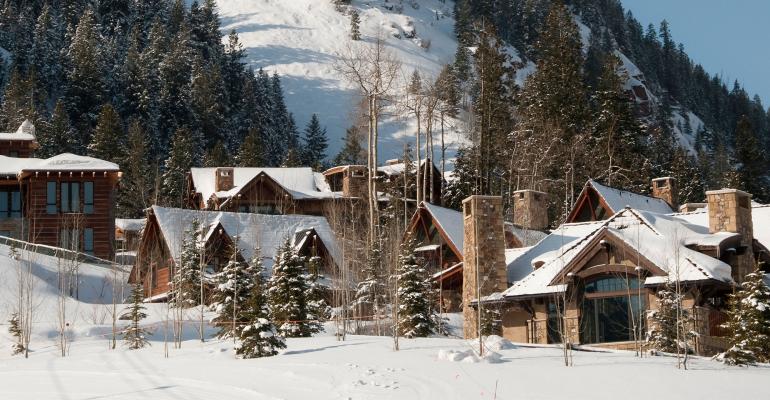 During the pandemic, this constrained, very expensive supply became supercharged, as more people than ever jockeyed for the few mansions that hit the market.

(Bloomberg) -- It took about a month for brokers to realize that Aspen’s white-hot market had cooled.

“We’ve definitely had the first true off-season since Covid,” says Jennifer Banner, a broker at Christie’s International Real Estate Aspen Snowmass. “Over the last two years it was busy through May and June. This year it was quiet.” That was her first indication of a return to a normal market rhythm.

Normal, of course, is relative. The Aspen single-family-home market is tiny—a grand total of 28 listings hit the market in June, according to a new report from Douglas Elliman. It’s also so expensive it makes other tony vacation destinations like the Hamptons look like a bargain. “The median June price of a single family home in Aspen was $11.99 million,” says Tim Estin, a broker with Aspen Snowmass Sotheby’s International Realty. “That means if your property is priced over $10 million it’s not really special.”

During the pandemic, this constrained, very expensive supply became supercharged, as more people than ever—desperate to escape the confines of their existing first or second or third homes—jockeyed for the few mansions that hit the market. There were some trades that have already become lore: Fashion designer Tommy Hilfiger bought a house in December 2020 for $31 million and then flipped it three months later for $50 million. “It was an unsolicited offer,” says Estin.

The biggest problem, brokers said at the time, was finding something to sell.

As a consequence, any whiff of a slowdown has outsized reverberations, particularly when the numbers appear so stark. The Elliman report showed Aspen’s June signed contracts  for single-family homes plummeting 71.4% year over year, with new listings rising 33.3% in the same period. Signed contracts for condos dropped 80% compared to last June.

“The market hasn’t flipped as much as it’s slowed down,” says Stephen Kotler, Douglas Elliman’s chief executive officer of brokerage for the Western region. “We’re still going to see [signed] contracts, but it won’t be at 2021 levels, maybe it will be closer to 2019 or 2020.”

The news comes about a month before summer sales season is set to ramp up and could be an indicator for how buyer demand will go. “We’re back to the shorter summer selling season,” says Banner. “The [sales] numbers that come out in September are going to be more telling about where we are.”

The problem, brokers say, is that no one really knows what the next few months will bring.

“Overall, it seems there are some signs the market is weakening a little bit, but not enough to draw any conclusions,” says Karen Setterfield, co-founder of Aspen brokerage Setterfield & Bright. “It could be back to the way it was two months ago without a blink, because we just have too small a market. A few transactions one way or another make all the difference.”

A single property could tip the statistics from a bullish to a bearish month. “Let’s say we have two properties available and then we get another listing, well that’s a 50% increase” in available material, Setterfield continues. “It’s going to take a bit longer to know if there is a real downturn here or not.”

One thing’s for certain: if the market slows, it’s not because of higher mortgage rates.

In Estin’s published market summary, he writes that over 70% of Aspen’s property transactions are paid for with cash. And if they do take out a mortgage, Estin says, “they get very beneficial rates if they’re borrowing money based on their portfolios.” It’s a chance, he continues, “for bankers to do relationship building” by offering the very wealthy excellent terms.

Instead, Estin suggests, a slowdown could come “from macro-economic uncertainty.”

Even if there is a slowdown, it’s no guarantee that Aspen will become a buyer’s market.

And should economic conditions get worse, eventually trickling up to the owners of $40 million homes, it could take a while to actually show up in asking prices.

“In 2008, the market stopped in Aspen, at least in terms of unit sales,” says Estin. “But prices continued to rise until the end of 2009, so if there's a slowdown now and history serves us, it’s likely not going to be as sudden a slowdown as buyers would like.”