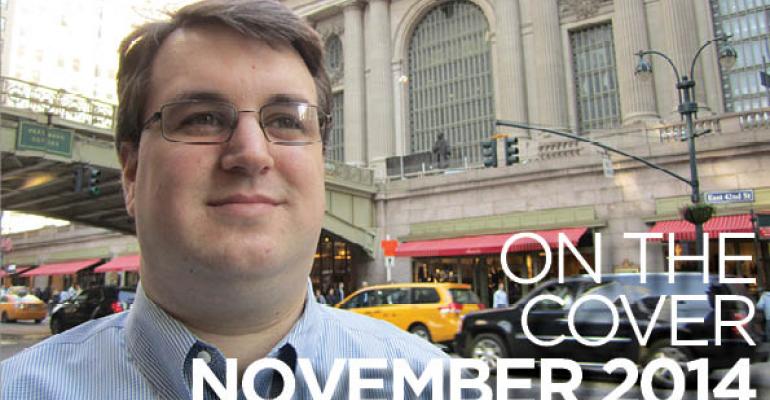 Our cover this month, “For Thanksgiving Day” (30 in. by 15 in.) by Thomas Waterman Wood, sold for $22,500 at Sotheby’s recent American Paintings, Drawing and Sculpture Sale in New York on Oct. 2, 2014. The association between pumpkins and Thanksgiving goes all the way back to the earliest days of the Plymouth colony. However, the idea that the Pilgrims and Native Americans shared pumpkin pie, at least as we know it today, at the first Thanksgiving is likely a myth.

In fact, historians believe that the earliest American settlers weren’t particularly impressed with the pumpkins and squash grown by the local Native Americans. That is, until the colony had to brave its first winter, and many died of scurvy and exposure. When the Native Americans next came bearing their previously maligned gifts, they were much better received.

It’s possible that the earliest settler enjoyed a fashion of pumpkin-based dessert, perhaps stewed or mixed with honey and spices, but the sort of ovens required to bake a pie simply weren’t available in the colonies at that time. The first recorded instances of the modern idea of pumpkin pie didn’t start appearing (in French cookbooks no less) until around 1650.

As advisors, we can learn a lesson in humility and keeping an open mind from the earliest settlers. While you may have ways of improving on existing strategies, pay attention to your colleagues who’ve been practicing in this area before you came into the picture. You just may benefit from their wisdom.