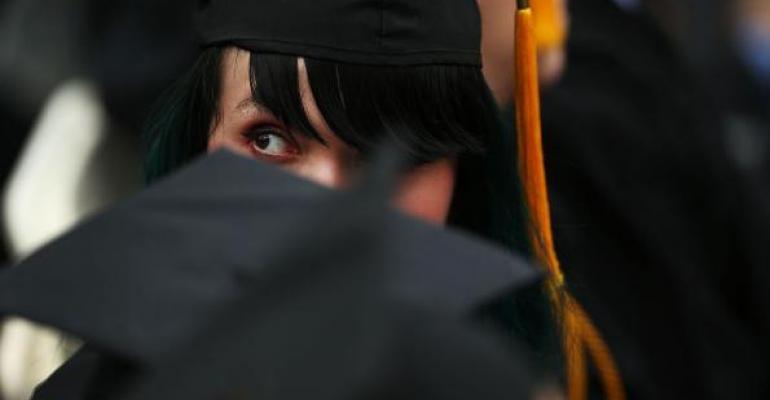 Nearly Half of All College Grads Are Returning Home

About half of college graduates return home after school, Vestmark hires a chief marketing officer and a Michigan advisor gets fined.

Almost half (47 percent) of new college graduates returned home to live with their parents after graduating college, according to a recent study of Millennials by TD Ameritrade. The study, titled "The Young Money Survey," analyzed the younger half of the millennial generation (roughly ages 20 - 26) and found many are returning home. However, the majority of the group planning to live with their parents after graduation don't want to stick around. The average respondent said they expect to become financially independent at age 23, roughly one year after they graduate. Lonnie Macdonald, a veteran of financial services marketing, has been appointed chief marketing officer of Vetmark. In his new role, he will oversee Vestmark's marketing and brand strategy. Among other services to wealth management professionals, Vestmark offers the Unified Wealth Management Solution. The company works with roughly 25,000 advisors at 43 institutions and services more than $600 billion in assets in about 2 million customer accounts. The Michigan Department of Licensing and Regulatory Affairs announced on Wednesday that Robert Byrkit Morley Jr. and Creative Wealth Strategies have been fined $120,000 for the sale of unregistered securities to an elderly couple, the Detroit Free Press reported. The state also denied Morley's investment advisor registration application. The state started investigating after a consumer filed a complaint against Morley and the firm.