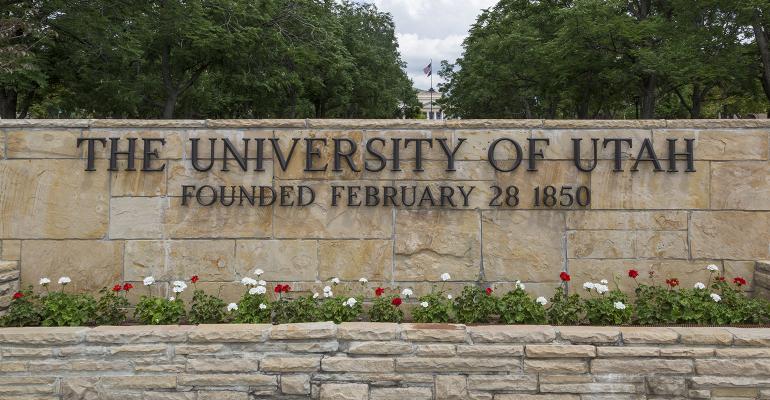 Getting a Bargain from an Out-of-State Public University

Clients’ kids may have their heart set on an out-of-state public school. Here are three ways to try and lower the bill.

Plenty of teenagers get excited at the prospect of attending a public university outside their state—especially those with the biggest brand names.

The cheapest option for your clients’ children will often be to attend a public university in their own state, but it is possible for nonresidents to capture a bargain at state schools outside their borders.

It is important for your clients to understand what kinds of price breaks are available to nonresidents.

To illustrate what’s possible, I’ll use the experience of California student Jennifer and her mother who will end up spending less money for a bachelor’s degree from an out-of-state public university.

Jennifer, who is a gifted dancer, was interested in the University of Utah because of its excellent dance reputation. Within the professional dance community, Utah is considered one of the nation’s leading dance programs.

Jennifer’s father had died suddenly without any life insurance when she was a high school freshman. Her mom, who had amassed medical bills from her treatments for breast cancer, needed financial help to send her daughter to college.

Despite this reality, Jennifer still had a chance to significantly cut the cost of attending the University of Utah.

Keep in mind: Students who qualify for federal aid can receive it regardless of whether they attend a private or public college, in or out of their state.

The vast majority of money that state universities give nonresidents is in the form of merit scholarships. These awards are usually based heavily or entirely on an applicant’s grade point average and test scores.

You can usually find what the requirements are for various institutional scholarships at state universities by checking their admission websites.

The kinds of grade point averages and test scores required to secure merit scholarships will vary by school. In general, the most sought-after public universities are less likely to offer awards or major prizes. Schools such as the University of California campuses, University of Virginia, University of Wisconsin and University of North Carolina, Chapel Hill don’t have to work hard to attract applicants.

Universities can also offer talent and departmental awards, so it’s important for your clients to look for them. They will typically require a separate application.

Jennifer just missed Utah’s deadline for merit awards, which was well before the final admission deadline. However, she was still eligible for a scholarship from the dance department.

She flew to Salt Lake City for her tryout for the dance department. Her audition secured her an $8,000 dance award.

2. Getting a Reduced Price Through an Educational Compact

In some cases, nonresidents will be able to capture a discounted price if their state maintains a reciprocal agreement with public universities in nearby states. Often nonresidents who take advantage of these compact agreements will pay tuition that represents 150 percent of what residents pay. In comparison, some state universities charge nonresidents tuition three times what they charge residents.

Some educational compacts involve just a couple of states or counties, but others involve large groups of states in a region.

The University of Utah belongs to the Western Undergraduate Exchange compact that includes some public universities and community colleges in 15 Western states.

Getting accepted into a school in a compact doesn’t automatically mean the student will get a reduced price because programs can be competitive. Students with higher grade point averages and test scores can enjoy a better chance of receiving the discounted rate.

Caught by surprise at how early the compact deadline was, Jennifer just missed the deadline to apply to Utah through the compact, but she had one more way to cut her costs.

3. Becoming a Resident of the New State

Jennifer decided to try to make Utah more affordable by becoming a resident of the state, which would entitle her to the lower residency price.

In some cases, it’s possible to establish residency in another state when attending college. As a rule, it will be much harder or impossible to pull this off at popular destinations. For instance, it’s nearly impossible for a student attending a state university in California or Colorado to become a resident and enjoy a much lower tuition rate.

Luckily for Jennifer, Utah has easier residency requirements. In fact, the admission staffer at Utah told her about how easy it would be to become a Utah resident for the start of her sophomore year in college.

Nonresidents must obtain a driver’s license, register a car and register to vote in Utah. Students must file taxes as independent students. In a 12-month period, the student can’t be out of the state for more than 29 days.

This approach worked for Jennifer. Before the start of her sophomore year at the University of Utah she officially became a resident of Utah.

The tuition for Utah residents is less than $10,000 and rent is inexpensive compared to major California cities. In fact, she would have paid more if she had attended a state university in California.

Again, not all states will make it this easy to qualify for residency. But depending on a client’s situation and ambitions for higher education, it may make sense to examine the requirements. With the money saved, maybe they won’t have to move back in with your clients after they graduate.