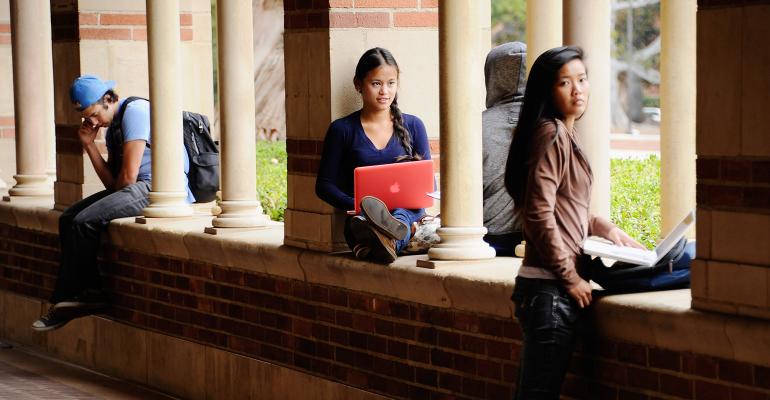 College Savings in 529 Plans May Be Worth Less Than Hoped

The bonds that college savings plans are placed in might start losing value as the Federal Reserve raises rates.

(The writer is a Reuters contributor. The opinions expressed are her own.)

CHICAGO, Sept 20 (Reuters) - Parents who are counting on savings in 529 plans to pay for college this year or next could be in for an unpleasant surprise.

Right when they need the money most to cover costs for tuition and dormitory rooms, they could find their 529 stash has dwindled.

Most 529 money for students about to go to college is placed in bonds by fund managers. The idea is to avoid the volatility of the stock market and keep money safe in bonds so families can rely on their savings at the crucial moment when the college bills must be paid. But, while bonds are safer than stocks, there are times when bonds can present losses. And that time could arrive soon if the Federal Reserve raises interest rates as expected this year and next.

As expectations for a stronger economy and rising U.S. interest rates arose during the last quarter of 2016, the average mutual fund that invested in a variety of bond types lost 2.89 percent, according to Lipper.

Because most 529 plans hold small portions of stock and cash in addition to bonds, these accounts did not lose that much. But with bond funds dominating "age-based" 529 portfolios for students at age 18 or 19, the average lost 0.57 percent in the last quarter of 2016, and many lost about two percent, according to Morningstar.

The 529 plans are offered by states and have become a popular way to save for college because parents can put away a little at time for children routinely as they grow up, and money used for college isn't taxed. Of these, parents tend to prefer the so-called ‘age-based approach’ to investing, in which fund managers invest heavily in stocks to grow money when the children are young. As students approach their college years and can't afford a loss in the stock market, managers pull away from stocks and invest heavily in bonds and some cash.

A 0.57 percent loss, or even a two percent loss in college savings, would be nothing to keep a parent awake at night if their child was young. But when parents are sending a child to college every penny is precious.

According to research by Sallie Mae the average family had saved only $16,380 for college in 2016, which wasn't enough to cover even a single year. Last year parents said their average cost of college was $23,757, and many colleges now run more than $30,000.

As 529s for 18 and 19 year old students lost value, some advisers told parents to move money into the safety of stable value funds, money market funds or CDs, depending on what their state 529s offer. Advisers acknowledge that it is impossible to guess what interest rates will do at any point, but when money needs to be spent that is not the time to risk a bad cycle in either stocks or bonds.

"If a 529 goes down and you owe tuition on September 1, that’s when you have to pay," said Minneapolis financial adviser Gary Greenberg. "You can’t wait. So the question is: Is it worth taking a risk or is enough, enough?"

People vary on the risks they are willing to take, said Greenberg. "But too often people stay in these funds without even thinking about it."

Think of it this way: If you had a choice between an old bond paying you two percent interest or a new bond paying three or four percent interest, which would you want? Clearly, people want to earn as much interest as possible, so funds holding onto old, low-yielding bonds suffer losses.

With time, a bond fund manager will be able to buy bonds that pay higher interest rates and the fund should recover, but students going to college do not have the luxury of time. They need money instantly, and while some families lost only about two percent during the last quarter of 2016 in 529s, the future could be more harsh if the economy continues to strengthen and the Fed pushes rates higher.

To check your 529 bond risks look at what is called "duration." It estimates how sensitive a fund will be if interest rates change.

According to Morningstar, the duration of the average 529 fund for 19-year-olds is 4.32 percent, but many have durations close to six percent, which would make their losses greater.

What does that mean for 529 investors? Fidelity Investments notes that if rates were to rise one percent a bond or a bond fund with a five-year duration would lose approximately five percent of its value. (Editing by Lauren Young and Diane Craft)