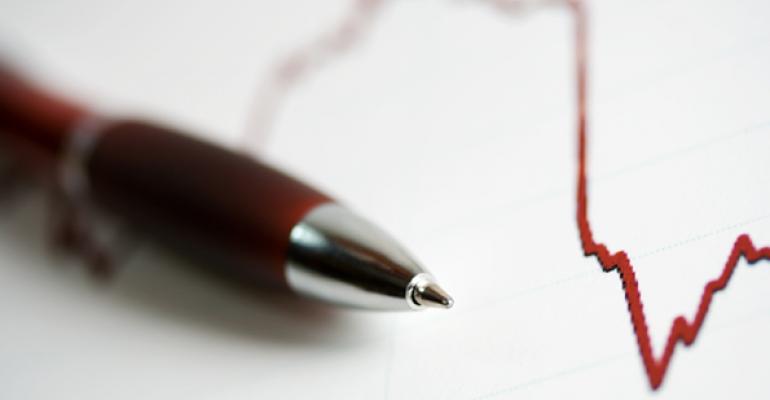 Despite some obstacles, CMBS remains key source of financing for commercial real estate.

Heightened competition, a smaller pipeline of maturities and volatility in capital markets are likely to create headwinds for CMBS issuance in 2019.

The new year kicked off on a rocky note with continued volatility in capital markets that resulted in a widening on CMBS spreads. “We think that will mute issuance levels to start the year in first quarter,” says Manus Clancy, senior managing director and the leader of applied data, research and pricing departments at Trepp. “We also think that now that the wall of maturities has passed, sourcing new loans to securitize will remain more challenging in 2019.”

Trepp is forecasting that CMBS issuance will decline slightly in 2019 by about 5 to 10 percent. That follows a similar declining trajectory in 2018, when CMBS issuance for the U.S. year-to-date through late December totaled $77.0 billion, as compared to $87.8 billion during the same period in 2017, according to Commercial Mortgage Alert, an industry newsletter.

Late 2018 and early 2019 threw the CMBS market a bit of a curve ball in terms of the broader economic market volatility, which also made borrowers pause on financing decisions, adds Joe DeRoy, a senior vice president and CMBS program leader for KeyBank Real Estate Capital. “Across all of our products, it is taking a little bit longer for borrowers to pull deals together and that is a reflection of the volatility overall,” he says.

According to Commercial Mortgage Alert, the spread on -BBB new issuance conduits as of Dec. 19 was S+186, which was 80 basis points higher than the 52-week average of S+306. One factor that has helped to offset the widening credit spread is that base indexes have narrowed with a relatively flat yield curve between the 10-year and 2-year at about 2.6 percent. So even though CMBS spreads have widened, rates have declined, which likely will get some borrowers off the sidelines.

“CMBS has continued to be a very important part of the overall commercial real estate capital markets, and we certainly expect it to continue to be,” says Stacey Berger, executive vice president, Midland Loan Services, a PNC Real Estate business and a leading CMBS master and special servicer. The overall CMBS market, when including collateralized loan obligations (CLO) and multifamily agency CMBS loans, represents more than $130 billion in volume for 2018. The biggest challenge will be in increasing conduit volume over time, he adds.

On a macro level, the biggest issue facing CMBS in 2019 will be whether or not the U.S. enters a recession. A recession would likely result in a decline in real estate values, more caution on the part of tenants signing new leases, softening rents and fewer deals getting done. “I think we have to keep an eye on the macro level with companies and their continued reinvestment with hiring trends, but we’re also watching fundamentals,” says DeRoy. The fundamentals still appear healthy, albeit with slowing growth, and that should lend itself well for activity in 2019, he says.

Yet there are several micro-level issues to watch that could negatively impact CMBS in the coming year. Some of those challenges are specific to individual property types, such as the impact of new supply on the office market that could add stress to existing inventory. Student housing is another sector to watch due to high levels of new supply. Retail will continue to struggle in 2019, likely with a fresh wave of post-holiday store closings, notes Clancy.

Lenders will continue to battle competition in 2019. “What we saw last year is that there was an intersection of many different products competing for the same business,” says DeRoy. Life insurance companies slightly increased leverage. The CLO market has grown, while agencies are continuing to exhibit their dominance in the multifamily sector and are securitizing at a feverish pace. In addition, the shadow, or non-bank, lenders also stepped up and are competing as well, he says.

The Moody’s 2019 U.S. CMBS Outlook report noted that CMBS conduit volume has been “increasingly squeezed” by other sources of securitized debt, particularly large loan/single asset/single borrower (LLSASB) and agency CMBS deals. For example, LLSASB volume was on par with conduit volume (smaller aggregate CMBS loan pools) in 2018. In addition, the burgeoning CLO market is also expected to be a growing source of debt for transitional commercial real estate properties.

Given that competitive landscape, it is not surprising that CMBS lost a little bit of traction in 2018, notes DeRoy. In addition, borrowers had a bigger appetite for shorter duration loans last year, perhaps due to late stage business plans. “We saw a lot of five to seven-year requests in 2018, more than we had seen in years prior,” he says. And borrowers who went the three-year/plus one/plus one route on non-recourse floating rate debt were at times able to get more leverage through the CLO market than through the CMBS market.

CMBS conduit lending is lower leverage than it used to be, which has taken the edge off a key advantage it had over other capital sources. Volatility in the capital markets makes it less attractive in terms of certainty of execution. “Interest rates and swap spreads moving from the time it was originated and B-piece investor participation in the credit of these have really affected the proceeds and the rates,” says Berger.  “I think originators and issuers would like to be more aggressive and push leverage a little bit higher, but frankly haven’t been successful in pushing that into the market.”

The Moody’s report raises concerns about the continued gradual credit deterioration of CMBS loans. “One way to put it is death by a thousand cuts, because it has been a very gradual decline of credit over the past couple of years,” says Kevin Fagan, a vice president and senior analyst in the CMBS group at Moody’s Investors Service. Although there is much better discipline evident in this cycle as compared to 2006 and 2007, there are also a number of factors that are slowly bringing the credit quality down, he says.

Although leverage is lower, property values are at cyclically high levels. So, the net result from Moody’s perspective is that leverage is still elevated, notes Fagan. In addition, cap rates used in underwriting are at record low levels. So, while interest rates are ticking higher, the risk premium over Treasury has been squeezed, he says.

Moody’s anticipates that debt service coverage ratios of newly originated loans will continue to decline in 2019 with rising interest rates, while CMBS exposures to interest-only (IO) loans, single-tenant loans and loans with subordinate debt will remain elevated. IO loans are viewed as riskier during moderately rising interest rate environment because refi valuation and coverage is lower. According to Moody’s, over half of the 2.0 CMBS loans are IO, which is reminiscent of 2007 levels. “All of these factors together create a more negative outlook,” says Fagan.

There has been a gradual deterioration of credit quality. Yet, overall, that deterioration has been relatively benign, with the exception of some outliers, notes Berger. “In general, the credit has been pretty stable and has not been a big concern for the investors who take the credit risk in the market,” he says.

The fate of CMBS in 2019 will also be linked to performance in other markets. Shifts in sectors, such as residential, corporate credit and high yield markets, all have the potential to create ripple effects that will impact CMBS. “What we saw in fourth quarter was a real degradation in corporate credit, especially in junk and leveraged loans,” says Clancy. Those spreads widened and created a gravitational pull on CMBS spreads, he says.

Some of the key issues to watch in 2019 include whether major corporations, such as GE, get downgraded, how the leveraged loan market will function and whether there are large ETF outflows. Those factors tend to cause CMBS spreads to widen in sympathy. At some point, those other asset classes become very competitive with CMBS, which may prompt investors to reposition, Clancy adds.