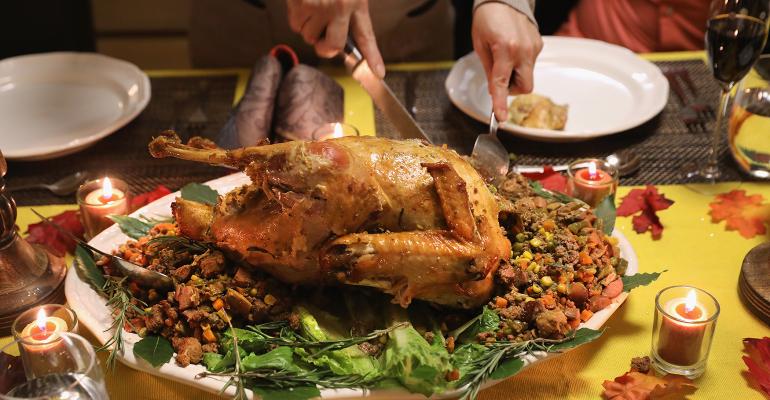 This Thanksgiving, Carve More Than Turkey

Spark a conversation with your clients about helping the needy.

Soon, many of us will gather around the Thanksgiving table with family and friends to indulge in an abundance of delicious traditional foods, give thanks for blessings and freedoms and kick off a winter holiday season that includes, for many of us, excessive gift-giving.

This year, Americans will spend close to $680 billion on holiday gifts for family and friends. Adults expect to spend an average of $1,189 each—even though research shows that 70 percent of these very same people would welcome less emphasis on gift-giving and spending.

Here are some examples of “discretionary” holiday spending in the United States:

Holiday spending can seem especially excessive in the context of food insecurity:

Holiday spending should also be considered in the context of some startling economic facts:

With these statistics in mind, consider the following two approaches as we gather around the Thanksgiving table to kick off the winter holiday season.

Carve out some time to spark a conversation with clients around these questions:

Carve Out Some Gifts

During the winter holiday season, families can choose to carve out a portion of the money designated for gifts to each other to be contributed to a common “family and friends” cause—to provide food and other basic necessities for the less-fortunate in our own communities.

Imagine the result if we, along with our clients, pledged to donate to a worthy charitable cause just 10 percent of what we would otherwise spend on holiday gifts, food and candy.  Instead of being spent on discretionary gifts, billions of additional dollars would flow to nonprofit organizations for the benefit of others.

A pledge to give fewer material gifts to family, friends and co-workers and a bit more money and time to benefit those in need can bring families and other social groups together with a shared purpose. It can help children focus on giving as well as getting, spread the true spirit of the season and make our community a better place for everyone.

Isn’t that what the winter holidays are all about?