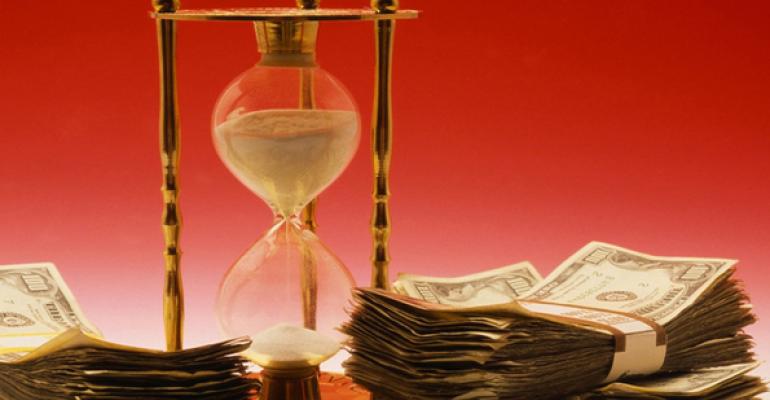 A Summons to Rethink Cynicism

On Aug. 1, the founder of the Purposeful Planning Institute (PPI), John A. Warnick, proclaimed a movement.  Warnick, known to his colleagues as “John A,” intends to transform both the legal and financial services sectors.

In the opening line of the PPI website, he explains: “The Purposeful Planning Institute attracts individuals and firms who believe there is a better way, a better process, a better practice lying just ahead of us…”

The third annual PPI  “Rendezvous,” held just outside of Denver during first three days of August, attracted some 180 attorneys, accountants, financial planners, investment managers, insurance professionals, philanthropy consultants, psychologists and others from a handful of disciplines.

What they had in common was service to high-net-worth (HNW) families and a palpable desire to collaborate to create “purposeful” plans for clients.  That is, plans that sustain individual and family well-being across generations.

Warnick brings years of experience to this endeavor.  Among other accomplishments, he’s been an American College of Trust and Estate Counsel Fellow for almost 20 years and is widely published.  According to Warnick, while the Rendezvous focused on issues related to HNW families, a goal is to develop ideas relevant to mainstream families: “The challenges of successfully launching your children and grandchildren in life are difficult—no matter the level of financial wealth.  Caring parents want to learn how they can avoid dependency, entitlement and family fracturing.”

Like its host, Rendezvous attendees weren’t wide-eyed “newbies” looking to make their mark.  These were seasoned professionals.  Thought leaders were everywhere you looked—serious folks seeking to rethink our industry’s current cynicism.  If I had to guess, years in practice averaged somewhere north of 20.

PPI was built to be an incubator for collaboration.  And that led to the Rendezvous’ most electrifying moment.

Dr. Stephen Post (his credentials alone would fill this column—go ahead and “Google” him) was finishing up a keynote address.  Post was describing research that shows that giving to others improves our own health and well-being.

John A. invited Ryan Ponsford, a highly innovative advisor from San Diego, to come onstage and describe a local project.  A donor has pledged funds to a group of inner-city youth to be given to nearby charities of their choice.  Ponsford described the powerful impact the act of giving has had on these kids.

As luck would have it, Drake Zimmerman, an energetic attorney, financial planner, and community activist from Illinois, was sitting in the front row.  Zimmerman rose to tell Post that he’s involved with a similar project in the Bloomington/Normal area of his home state.  He wondered if Post could connect him with researchers interested in measuring the short-and long-term impact.  Post expressed interest.

Ponsford had been thinking along the same lines.  He spontaneously reached down from the stage to high-five Zimmerman.  The loud clap rang throughout the auditorium.  Did we witness the beginning of another collaboration?

Sessions were scheduled with ample space in between.  And so, I found myself speaking with a veteran estate-planner.  This gentleman had recently attended a continuing education program that asked: “Why would anyone want to be a trustee?” As he recalled it, the message amounted to what we often hear about the risks and hardships.

No question the trustee’s job is tough. And cynicism can come easily.

And yet—despite the enormous challenges—being a trustee is often rewarding.  With a little creativity and the ability to ask different questions, it becomes a real service to a family’s future.

I asked several attendees to define the troubles facing our industry:

Matthew Wesley: “Estate-planners are institutionalizing individual and systemic dysfunction in the plans they create.  In doing so, they cause very real human damage that has profoundly destructive effects over long periods of time—sometimes for multiple generations."

Lisa Gray: “Both the legal and financial industries’ focus on structures and tools shatters family relationships.”

Dr. Karen Weisgerber: “We practice in a quickly changing landscape—but the trust world has stayed largely the same.”

Drs. Steven Goldbart and Joan DiFuria: HNW families more and more expect wealth advisors  “to have the skills and strategies to help them through and make important life decisions, so that their choices reflect their most significant values and goals.”  If the advisors  “don't expand their capacities, they will likely lose some of their existing clients and many of the next generation.”

I was also offered a set of solutions:

Dr. James Grubman: “We as an industry need clearer, more persuasive explanations for clients to navigate their way through wealth.  Only then will families accomplish the adaptations necessary to succeed across generations.”

Tim Belber: “As advisors we need to be willing (and have the courage) to ask questions that we don’t already know the answers to.”

Matthew Wesley: “One antidote is to hold broader family conversation in which the heirs have a hand in responsibly shaping their rights and obligations under documents; after all, they are the ones who have to live with the consequences of this planning and should have at least some input into their financial destinies.”

Lisa Gray: “Educating advisors and families that the role of wealth is most appropriately that of a mechanism for living fulfilling and meaningful lives would change the quality of advice.”

So—Ms. Wealth-Advisor and Mr. Trustee—are you sensing a  “summons” to reduce and rethink years of cynicism? If you’ve wanted answers and allies, do you realize there’s now a handy place to look?

If the kinds of diagnostics and new directions sampled above resonate with you, consider yourself “served.”  I hope to see you in the suburbs of Denver at the PPI Rendezvous next year!