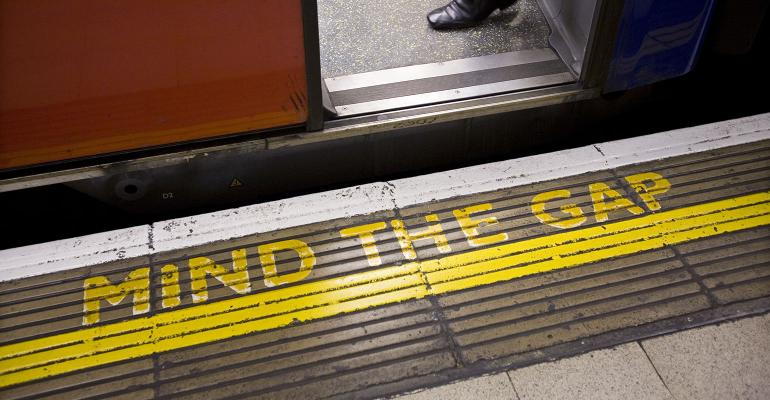 The new report from Spectrem Group found that more than eight in 10 investors cited retirement as the chief reason for developing a financial plan.

When it comes to the different components for a financial plan, there is a wide gap between what many investors believe should be included in their plans, and what actually is, according to a new report from the Spectrem Group.

For Defining Financial Planning, Spectrem Group interviewed 1,647 individuals with a net worth between $100,000 and $25 million earlier this year to discern what investors believe (and do not believe) about financial planning and the work of their advisors. According to Randy Wostratzky, a director with the Spectrem Group, the results from the study indicate advisors need to be more proactive during their interactions with investors.

“When you’re having a conversation with clients about financial planning, you need to go through it with a fine-toothed comb, and advisors need to ask, ‘is there something you think we’re not addressing enough?’” he said. “As far as things like estate planning, is there language in your financial plan that talks about what you’re going to do when that becomes necessary?”

According to the report, an overwhelming percentage of respondents (83%) said retirement was the reason they wanted to develop a financial plan, followed by investors saying they felt it “was important to plan financially for the future” at 42%. Some investors' perceptions on what should be included in their financial plan tended to mirror reality, with 95% of investors thinking retirement planning soluttions should be included, and 81% reporting it was indeed in their plans.

However, other subject areas saw decidedly wider gaps; 71% of investors expected education funding should be a component of their financial plan, while it was present in only 11% of respondents’ plan. For investors, 91% felt their plans should include real estate ownership, but only 23% of respondents’ plans included it. 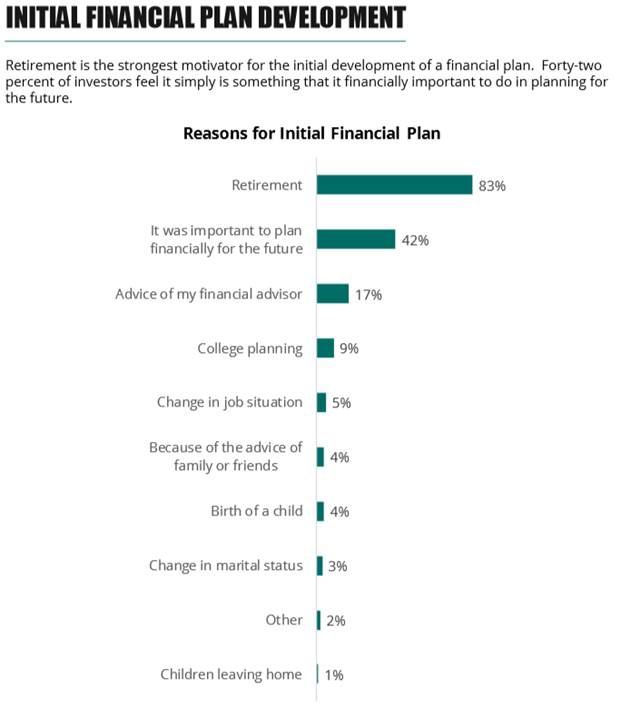 To Wostratzky, some of the most surprising results included perspectives on whether a statement of net worth should be included in a financial plan (92% believed it should, but it appeared in only 65% of respondents’ plans). Additionally, only 48% of plans included a household financial statement, though 91% of respondents believed it should be a part of any financial plan. Wostratzky believed advisors could better include what clients expected by broadening the scope of the issues broached between them.

“It doesn’t mean you need to control every aspect of that conversation. It’s remembering it’s okay to ask questions, so as an advisor you’re not just dictating what they get,” he said. “Everyone talks about constructing a portfolio, and diversifying investments. Advisors need to diversify their dialogue.”

For Robert Paolini, the founding member of New Jersey-based firm Paolini Advisors, the clearest way to overcome misconceptions is to be attuned to client preferences and expectations. Paolini's approach is to have three separate planning meetings, and he tries to judge his client's level of sophistication to balance the amount of detail to initially present. However, having multiple meetings (and potentially multiple drafts of financial plans) offers time for Paolini to assess the amount and type of questions his clients have.

The report also indicated that firms that commit to creating financial plans with clients may be rewarded with increased loyalty, particularly from wealthier investors; more than two-thirds of investors said they were “more loyal” to the firm that created their financial plan (for investors with a net worth between $15 and $25 million, that percentage was 91%), and more than half of the respondents said they’d moved assets to the firm that developed their plan. Wostratzky suggested that firms who do not commit to financial planning for each client could benefit from making that change and encouraged advisors to remain abreast of developments in their clients’ lives.

“You’ll need to know if something is going on with a child who may be sick, and they may need some liquidity quickly," Wostratzky said. “What if their parents are leading to a live-in facility or need at-home care? Knowing what’s going on in your client’s lives will help you be a resource.”

Paolini stressed that meeting client expectations and fulfilling their goals for a financial plan was the role of an advisor, and also noted that he warns the client that he will ask them to commit their time to research and rumination on the type of plan they want, and the aspects they want included.

"I can't imagine not delivering the right amount of information," he said. "That is our job; if we're not meeting that expectation, we're failing."