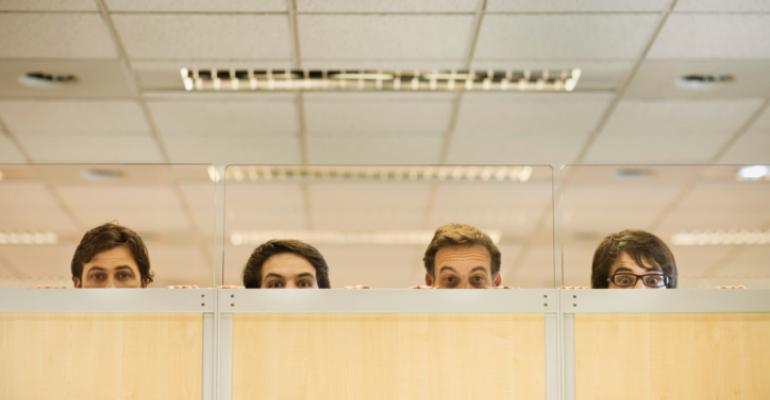 Peeking Over the Fence

Is the grass really greener—and growing faster—on the other side?

Some of the wirehouses’ most-coveted advisors have caught the industry’s attention by making the leap to independence over the last few years, causing many to question the wirehouse model. After all, RIAs are expected to grow faster than wirehouse advisors this year, increasing their client base by 12 percent versus 7 percent for wirehouse FAs, according to Aite Group. Last year, RIA firms’ assets grew by 18 percent, versus wirehouse firms by 8.2 percent.

But are the wirehouses really withering, as independent advocates say they are? Wirehouses still have an impressive 37 percent of asset market share, and most advisors who move out of a wirehouse stay within the channel and grow as fast, if not faster, than their independent counterparts.

We’ve seen advisors break away from wirehouses and experience explosive growth as independents because they are no longer limited in terms of the products they can access, and the marketing they can do. But we’ve also watched advisors leave the independent space for a wirehouse, where they grow faster due to the “all-in-one-place” ease of doing business and access to more robust support. All of these advisors who moved had the end goal of superior growth but had challenges and frustrations limiting them.

The key question that advisors need to answer for themselves is not, “Where will I grow faster?” but rather, “What impact are my frustrations having on my ability to serve my clients and grow my business?”

Take the example of James, an independent advisor for a decade with $200 million in predominantly fee-based assets. The major frustrations that motivated James to explore his options were the lack of name recognition of his current firm, a sub-optimal technology platform, and lack of scale. With historical growth per year in the 5 percent range, James felt there was room for improvement. With that list of frustrations, and the fact that he no longer wanted to be a solo practitioner, it was clear that his growth could be enhanced if he joined a major firm where he could leverage the name, off-load the minutiae of running the business, and trade in his antiquated technology for a system to better optimize his efficiency. James also saw an opportunity to position himself as a successor to several solo practitioners at his new firm. After three years at a wirehouse firm, James is now employing a new set of resources and growing faster than ever. By the end of this year, he expects to be up almost 20 percent.

Mitch was a 25-year wirehouse veteran with nearly $400 million in assets under management.  While extremely successful, Mitch felt the strong desire to have ultimate freedom to do what was in the best interest of his clients. He was confident that he could run his own business more profitably than his wirehouse firm and that he would come out ahead economically.  After looking at various forms of independence, it became clear to Mitch that he needed to create his own firm to achieve everything he wanted, but he also needed to outsource the back-office operations so that he could focus on his core competencies—client-related activities. Today Mitch spends the majority of his time focusing exclusively on investment issues and client needs. He has been approached by several colleagues who have expressed interest in sharing core services, and has become one of the region’s fastest growing advisory firms, seeing an increase in assets under management of more than $10 million per month, far exceeding what he was doing in the wirehouse world.

Many advisors don’t know how limited they are in their growth until they start exploring other options. Sometimes, advisors need to switch channels in order to achieve their growth goals; other times they can change firms within a channel and, by operating more efficiently, accomplish the same thing.