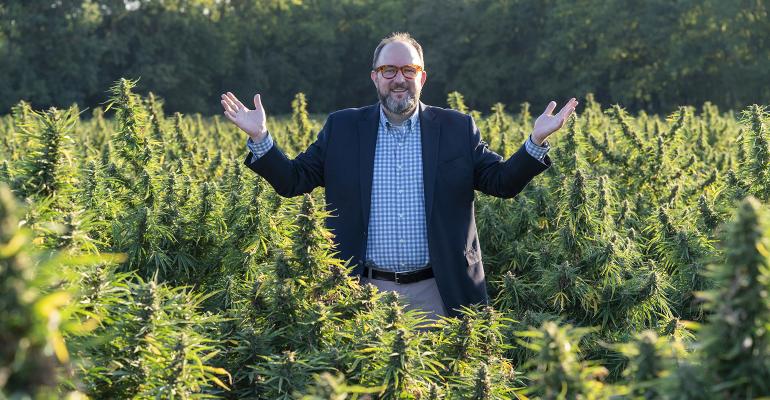 My Life as a Client: Whose Team Are You On?

A lot can be learned listening to clients’ experiences working with financial advisors—good and bad. We talked to Paul Oakley, who runs Tiny Mighty Communications, a Nashville, Tenn., strategic communications consultancy.

Before my wife and I got married 15 years ago, we knew our parents wouldn’t be able to afford the wedding we envisioned for ourselves. But we wanted to make sure we could do it in a smart way, so we decided to see a financial advisor. A promotional package came through my office and one of my colleagues started working with a person. We met him and liked him.

I was working in communications for a large chemical company at the time and was given opportunities to move out of the country, first in Zurich, then Brazil, then back to the U.S. All that time, I stayed with the advisor. It was really helpful to have the same person as we shifted tax positions from country to country. Someone who could also help us with the repatriation process, with planning for our two children and to put savings in place. We would email and have phone calls. But we were continually coming back for home leave and would always make an appointment to see him at his office in Houston.

He was a senior individual and, after about six years, he started bringing up a junior analyst behind him and we began working more often with her. She wasn’t taking over, but she was more day to day. That was a delicate shift for us. We weren’t totally convinced of her capabilities or readiness to take on what we thought was a pretty sophisticated financial picture. She was super smart, but we didn’t have the same connection to the trusted financial advisor we started with.

When we repatriated, we were in Philadelphia for a while, and our touchpoints with the advisors in Houston became fewer. We figured that once we were settled, we’d find someone more local. But we ended up moving to Nashville. When we landed, we found a lawyer through a silent auction at a private school we were at. We used him to update our will. In the process, we got to know him well and, when we asked him to suggest financial planners, he recommended three folks he had heard of or worked with.

The advisor we chose was with a family-owned practice. He was our age. He understood our stage in life. And our funds performed really well. Still, over time, we started to feel our account had become easy maintenance for him.

Then, about three years ago, I started exploring owning my own business, and I felt I needed to talk to our financial advisor. He listened and he asked me if I was sure I wanted to do this. If I worked at my employer 10 more years, this amount is what I’d be able to retire on. But my belief was that his advice was more because the move would be an inconvenience for him than out of pure concern for us. I didn’t think he was playing for Team Oakley when I needed him the most.

As it happened, I had to follow up with our insurance company to update my policy. It’s something my parents bought when I was a baby. After we moved to Nashville, I was told the name of my new agent, and I’d tried to contact the guy many times, but I never heard from him.

I was finally able to get in touch, and he suggested I come in for a financial assessment. I told him I didn’t need that, but I went to see him, and I really took to the guy. I explained what I wanted to do with my life and his eyes lit up. He talked about his current client portfolio and people like me he had helped to leave the corporate world. I don’t know if that was a sales speech, if it was his specialty or if it was serendipity. But it all felt right.

We then started on mapping out how to manage the Oakley portfolio differently to support the creation of my company. From the get-go, he wanted to understand my business and has taken a very hands-on, practical approach to trying to weigh our options. And he knew we’d be shifting our tax bracket significantly, so he started to sell things off to maximize our financial health and soften our transition. He prepared a bucket of assets that would be available if and when we needed cash. The great news is the business has been smashing it this year. We haven’t had to call him for a penny.

More My Life as a Client stories