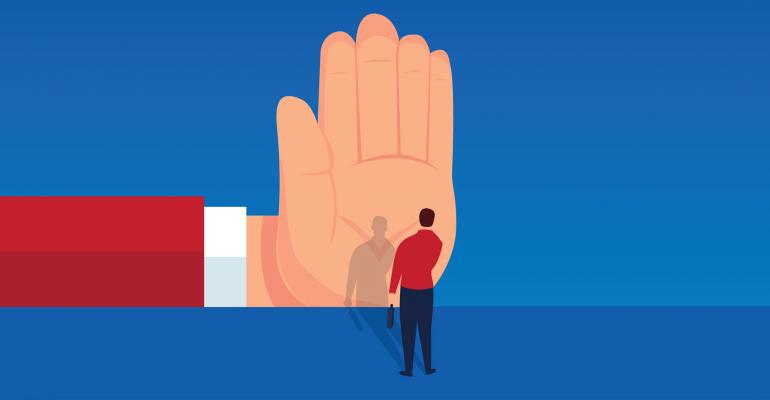 My Life as a Client: We’re Middle Income, Not Deadbeats

A lot can be learned listening to clients’ experiences working with financial advisors—good and bad. We talked to Steve Morrow of Gilbert, Ariz., an accountant with a large health care company and founder of kayaking website paddleabout.com.

For years, my wife and I had an account with a discount broker. I did the investing—it’s not my wife’s thing. But I didn’t really know what I was doing. And it was stressful. I decided I needed to find someone who could help.

My parents were using an advisor, and they always talked about the guy. This was a firm where you don’t need millions of dollars to invest with them. The bread and butter of this place was middle income people. So, in 2014, we said, let’s see how it works out with him.

We seemed to do well for close to two years, and he was attentive during that time. We met every quarter and had a financial review once a year at the end of the year. Then it went downhill. He lost interest in us. I’d call, email, but it was hard to get ahold of him. We just weren’t a priority. He was letting us know he didn’t really want our business anymore; and he certainly wasn’t giving us any advice.

I don’t know exactly what happened. It seemed like the firm wanted clients to enroll in their monthly budgeting program, which they charged extra for. We didn’t ever do that, and maybe that was the problem. Or, maybe he felt I was asking too many questions.

In the end, I confronted him after he’d left a whole bunch of our money in cash on the sidelines. He got a little bit upset and basically said: “Maybe this isn’t a good fit for you.” At that point I thought, well OK, I guess we’re done here. But I was already thinking of leaving.

We like to keep our financial life private from my parents, so we never told them we were using the same guy as them. And he had an obligation to not disclose that, also. But we were talking to them one night, and they told us they’d dropped him. Turns out, they had the same experience with him that we did. They’d been with him for quite a long time, probably 10 years. We ended up telling them we’d used him for a while, too, and stopped for the same experience. They didn’t know what had happened either.

In 2018, we started shopping for a new advisor. I still felt I needed some help, and it was a lot less stressful for me not to have to be so hands-on. I Googled financial advisors, found a helpful website and interviewed four or five people on the phone. I also Googled questions to ask a financial advisor, so when we talked, I asked things like: “Would they provide any planning?” and “Would they help with my 401(k)?” I didn’t want them to ignore my 401(k) just because I wasn’t investing it with them. There was one company based in LA that was super aggressive with me. After we talked, the advisor left a message saying, “You reached out to me for help and now you won’t return my phone call.”

I ultimately found somebody at a boutique firm in Scottsdale, Ariz., with maybe eight or 10 employees, four in Scottsdale and a couple in a satellite office in Utah. We had a great conversation. I told her everything that had happened with the first advisor. I also liked the fact they were local, and I could go to their office. There are a lot of scams, and you never quite know what you’re getting, unless you’re going with a giant company. Sometimes you’ve got to be careful.

The new place is a lot more hands-on. And she’s very easy to talk to. We meet at least twice a year to go over performance. But I could meet with her more often if I wanted. And I call or email my advisor and have lengthy conversations whenever I choose. We talk in depth about stuff that’s coming up—“Hey, we need to put a new roof on the house. How do you recommend we do that?” We also have a kid getting ready to go to college, so we’ve been talking a lot about that with our advisor recently.

The firm also sends out a monthly newsletter about 401(k)s that goes to all its clients. It looks at five different strategies based on your risk tolerance—aggressive, moderate and so on. We call it a “decoder ring.” It’s helpful.

At the end of the day, we just want to feel as though we’re a priority for our advisor, even though we don’t have a ton to invest.