/sites/all/themes/penton_subtheme_wealthmanagement/images/logos/footer.png
Recent
Recent
Thanks to Pandemic Puppies, CRE Investors Are Turning Their Attention to Veterinary Clinics
Aug 08, 2022
Seven Must Reads for the CRE Industry Today (Aug. 9, 2022)
Aug 08, 2022
KKR Sees ‘Golden’ Chance to Snap Up Risky Debt Amid Market Chaos
Aug 08, 2022
PFAS: How Emerging Regulations and Recent Litigation Are Affecting Buyers, Sellers, and Developers of Real Property
Aug 08, 2022
Featured
The 10 Best and 10 Worst States in Which to Retire in 2021
Jul 15, 2021
Poll: 15 Classic Books on Investing and the Markets
Apr 03, 2020
Fifteen Must-Listen Business Podcasts for Advisors
Aug 14, 2020
Celebrity Estates: Jay Leno and Planning for Classic Car Collections
Feb 22, 2022
MY LIFE AS A CLIENT
brought to you by 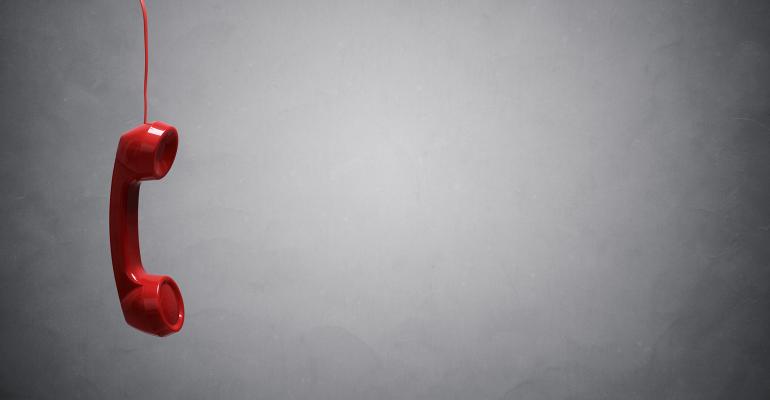 My Life as a Client: The Sound of Silence

Wouldn’t you like to know what your clients really think about you? We checked in with Carrie Wood, a 41-year-old commercial lease reviewer in Toronto, to learn about her experiences.

Back in 2000, my boss introduced me to the wealth management division in one of the big banks here. I was matched up with someone about my age, maybe a little older. I didn’t question how much experience she had, but I knew I was a small fish. A few years later, she moved to another firm and I stayed with her.

We would meet twice a year. She did all the right things they train you to do — ask about your kids by name, she even remembered their birthdays, etc. A nice touch even though I knew it was just information she retrieved from her database before our meetings. If we met close to a birthday, she’d bring a little stuffed animal.

I never challenged her on anything. If the market took a dive, I would never call — I’m a Steady Eddie person. I figured I was in it for the long run. I felt we had a good relationship. We didn’t bond too much at first, but she grew on me.

Then in 2009, I got a call from someone at the firm she had moved to. I was quite surprised to learn she had returned to her first employer without telling me. He asked if I was going to stay with her. I guess, somehow, he got a list of all her old clients and tried me. My first thought was, maybe you’re not allowed to tell clients you’re moving. Also I googled and verified that she had indeed moved back. I figured I wasn’t high enough of a priority to let me know. That irked me. If she’d tried me, I would have given her another chance. How much care could she have been taking before if she returns to her previous firm, and I have to find out about it from someone else?

I ended up meeting with the advisor who called me. He came to my office. He was nice enough, but he wasn’t that experienced. I felt if I were to move my portfolio, I didn’t want to do it based on a cold call from someone looking for new business from a list of my former advisor’s clients.

What ended up happening was, around 2009, there was another advisor I heard about through a work colleague. He had a really good reputation for working hard — a super trustworthy, honest guy. If I hadn’t met him, I don’t know what I would have done. It’s such an issue getting to know, like and trust somebody. The clincher was when my work colleague said the advisor left a Super Bowl party to do work for a client. That stuck out.

I don’t meet with him in person. No need to get together with him, especially with the market doing so well. He probably schedules a call with me three times a year. I don’t think I’ve ever said no to one of his recommendations. There was one time when HBO Go was announced and Netflix took a dive. I said, let’s put some money on Netflix.

I used to get monthly statements that included a graph of how my stocks were doing. If the market wasn’t going so well, they would show you something that made it look less sad. When the market was doing well, you’d see a graph using a time horizon that made it seem great. Then my advisor said, I know you’re interested in analytics. We’re selecting some clients to see if they like this new approach we’re trying. Now, my advisor sends me something that has a graph just showing our goals to retirement — where I want to be at age 65 and where I’m at in real time. I like that.