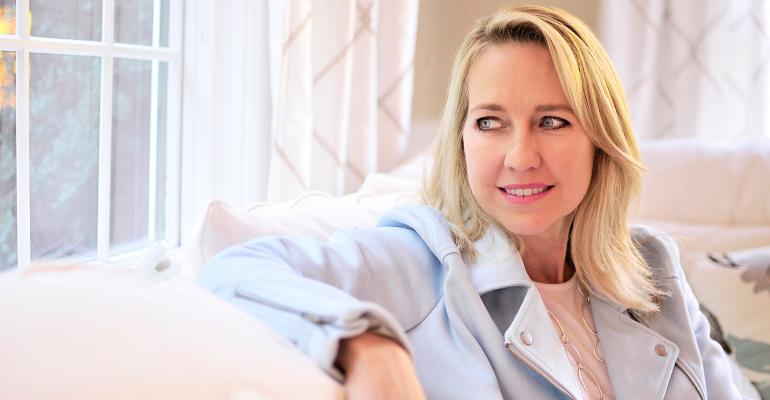 My Life as a Client: Ladies First

Eight years ago, I decided to leave the financial services company I was working for to have more time with my kids. My daughter was entering high school, and I didn’t want to miss those last few years with her. I’d worked at the company for 10 years, and l had a big 401(k) that I could either roll over or leave there. Plus my husband and I had assets with local banks, and my husband had a 401(k). So we decided to hire a financial advisor and put all our money with one person who could watch over it.

First thing you do, you check with your friends and family for recommendations. You want a suggestion from someone you know and trust. One of our very good friends recommended a gentleman with a fee-based independent advisory firm. He was really established in the community. We thought it would be a good fit.

But when we walked into that first meeting, he ignored me. I found this advisor. I set the appointment, sent the emails and all the information. But he kept engaging my husband but not me. Even his body language, the way he sat—all of that was focused on my husband. He wouldn’t even make eye contact.

Then a month later, we got his first statement. And it included the first quarterly fee, even though we’d been clients for only a few weeks. Typically an advisor would charge a fee at the end of a quarter. So I called him up and left a voicemail asking him to explain the charge.

He had a junior person call. A kid he hadn’t even introduced us to. He seemed nervous and asked what my question was. I told him, and he replied that’s how things are done here. I said I’d like to follow up with the advisor. But there was no follow-up. Also, I felt, I had just started working with him and already I was being pushed aside to some junior person.

With that, I asked around my network for recommendations for a different advisor. A few people, including my attorney who was drawing up our wills, mentioned the same name, and we decided to move our money over to him. The first advisor would certainly have been notified that our assets had been moved, but he never bothered to call, even though one of his clients was our best friend. The only time he contacted me was after I had posted an article on LinkedIn about my experience. He said it was an eye-opener and he was sorry. But the damage had been done.

Our new advisor was completely the opposite. He addressed me directly and included us both in all the emails. Not only that, but he reached out to me immediately and invited me to a women’s investing program for his clients. He frequently invites us to social things, like tickets to the Patriots to sit in his box and watch a game. He also asked me to attend a wine night with a personal stylist and bring five friends. At the end of the day, it was a way for him to meet potential new clients. But it was a fun night out.

We meet quarterly, either in person or on the phone. But he keeps in touch. He knows what’s going on with our family. When he knew my son was a year away from going to college, he advised us to pull back on some of our investments, which were highly aggressive.

Also, since we started with him, we’ve given him millions of dollars in business through referrals because of my positive experience. So not only did the first advisor lose my money, but also he lost the business of future referrals.

I’ve read that client turnover among financial advisors is high after the death of a male spouse because there was no relationship with the female. But let’s face it, we generally outlive the men. No wonder these assets move. The advisors aren’t even taking the time to look us in the eye.