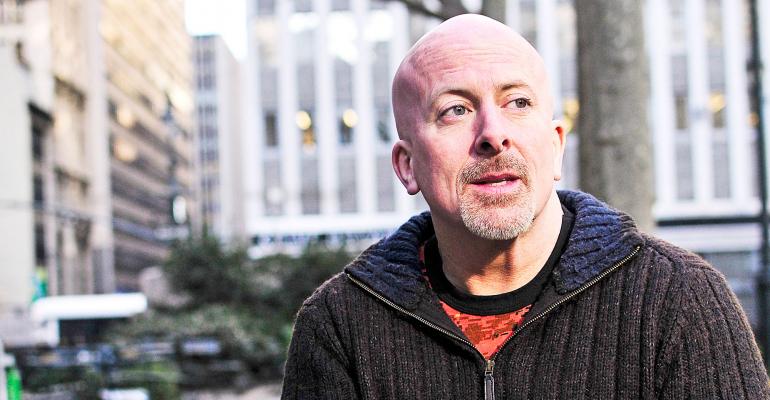 My Life as a Client: Just Leave Me Alone

A lot can be learned listening to clients’ experiences working with financial advisors—good and bad. We talked to Mark Scott, vice president of communications for an institutional investment data company in New York City, about his interactions with the industry.

I started with a big discount brokerage firm quite a while ago. I had some money my parents gave me when I was right out of college, but it wasn’t a big portfolio. Over time, I put more into it and it grew. Then, while I was still in Atlanta, about 10 years ago, a rep from the firm emailed me and said my portfolio had reached a level that they’d like to chat with me about investment planning.

I was still a fan of the self-service approach, though, doing research online. I’ve been in the financial investing area for quite a while—I’ve worked for a mortgage lender and a real estate developer, among others—so I’m well versed in investing. And I’m a big consumer of business news. Plus the firm had very robust online tools. You don’t always need someone holding your hand.

But I thought it would be nice to have someone I could bounce ideas off of maybe three times a year. I decided to go in and meet with this fellow.

He turned out to be nice and offered some good advice. I could reach out to him and ask him questions I couldn’t answer on my own. And he would send me an idea once in a while. I knew he was there if I needed him, but he didn’t bug me. In any of my vendor relationships, I don’t like people who bug me a lot. I explicitly told him that’s what I wanted. But he knew. We met in person the first time. After that, it was all phone calls and email.

About five years ago I moved from Atlanta to New York City. I got connected to a new person at one of the firm’s New York offices. I think my Atlanta guy gave me his name. I met with him in person when I first moved and explicitly told him that I didn’t like to be bothered a lot. He also was very good.

Then, after about two years, he left the firm, and I got reassigned to a woman. I was looking to rebalance my portfolio in a way with which I wasn’t super familiar. And I wanted to get more information about bonds, because I was light in that area. So, I agreed to meet. And I did the same thing with her. I told her I like my portfolio. I’ve managed it myself for 20 something years. But I welcome your advice, and I’d welcome information about bond opportunities.

This is where it went south right away. She went into this spiel about how I needed to sell everything, redo all my stocks and move my money into certain funds. I said that wasn’t going to happen.  She started talking to me like I was 5 years old. I even told her I worked for an investment data firm. But she made it sound like I’m the idiot. The last thing I brought up was an investment product my previous advisor had recommended that I lost money on. What did she think about that? She shrugged and said, “I don’t know.”

Then it turned into this barrage of phone calls and emails. What are you going to do about selling your stocks? I stopped picking up the phone when I saw it was from her. I felt there was a script she was following, and she was going to bombard me until she wore me down. It was exhausting.

That went on for more than a year. I ended up contacting the main manager at the office and telling him I couldn’t work with that woman anymore. I also said that I needed to not talk to her again or I was going to have to move my money somewhere else. He told me not to do that; we’ll get you someone else. Within a week, I had a new guy.

He’s been great. I imagine someone said something to him about what went wrong. He leaves me alone.

Read More My Life as a Client stories