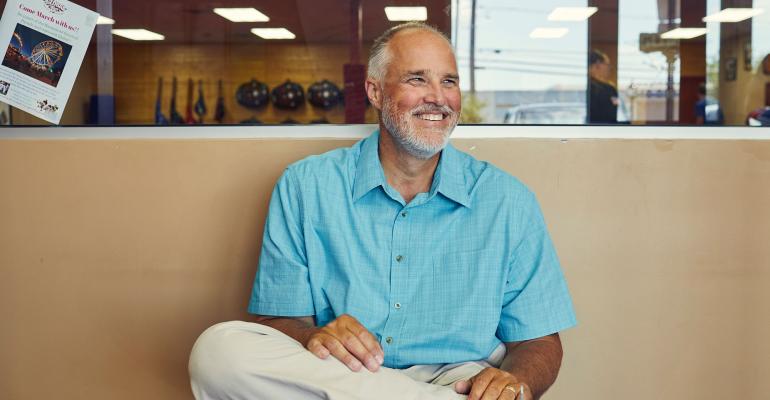 My Life as a Client: Don’t Lie to Me

Successful financial advisors know what their clients really think about them. Period. With that in mind, we talked to Ken Rupert, a telecommunications engineer who also runs The Financial Black Belt Academy, a Hampstead, Md.-based startup, about his experiences as a client.

My work with a financial advisor led me to strike out on my own and learn everything I could about investing.

About three years after my wife and I got married in the mid-90s, a couple of our friends told us they were working with a particular independent financial advisor. He had this program under which, if they referred us to him, he’d become our advisor for free. I’d done a 401(k), but, otherwise, I was new to the world of investing. So, I decided it wouldn’t be a bad idea to check it out. At the time, I was a splitting technician for a telecommunications company.

The first time we met with him, I told him how much I had to invest. He wanted all of it, and I said I wasn’t comfortable doing that. Then I asked what the minimum was to buy mutual funds and said we should try dollar cost averaging and start with that. He felt this wasn’t the best plan, but he’d go ahead and do it.

I remember asking him specifically about how he got paid. He told me he had plenty of paying customers, so he was able to offer this service to people just getting started. It seemed kind of fishy to me. Before we’d met, I’d donesome research to make sure I’d know what questions to look out for. So I understood the difference between load and no-load funds. I noticed he was putting us all in loaded mutual funds, and I asked about no-load choices. He said that you don’t do any better with no-load than load, and in fact, load funds do better over time.

When I got home that night, I told my wife something didn’t feel right. Over the next six months, I did a lot more research. I realized there were some no-load mutual funds I wanted to get into, and all I had to do was send a check and start an account. So I decided to do something and see how the advisor reacted. I called one of the mutual fund companies he’d put us into and told them I wanted to sell some of the funds I was in. Of course, I knew he would get a copy of the transaction.

Within days, I got a phone call asking what was going on. I told him I didn’t like that mutual fund, so I wanted to get my money back. And what I really wanted was to get no-load funds. He gave me the same story. But I knew he also wasn’t telling me he got compensated through commissions. To me, that’s lying.

So I sold all of it. I fired him. And over the course of the next two years, I started to really study investing. Then in 2001, my son was born. I set up a college fund for him. I didn’t have the opportunity to go to college. But he was born with a rare genetic disorder that meant he’d be intellectually and physically disabled. It was a pivot point. I knew he would never go to college, but he’d need money for the rest of his life. And I became really passionate about understanding the market and building wealth.

About three years ago, I started taking martial arts training again, which I’d done before I got married. And that’s when it hit me: The discipline needed to do martial arts is the same level of discipline needed to be a successful investor. I put together a process called financial self-defense training. This year, I published a book about it and founded a company based on my method.