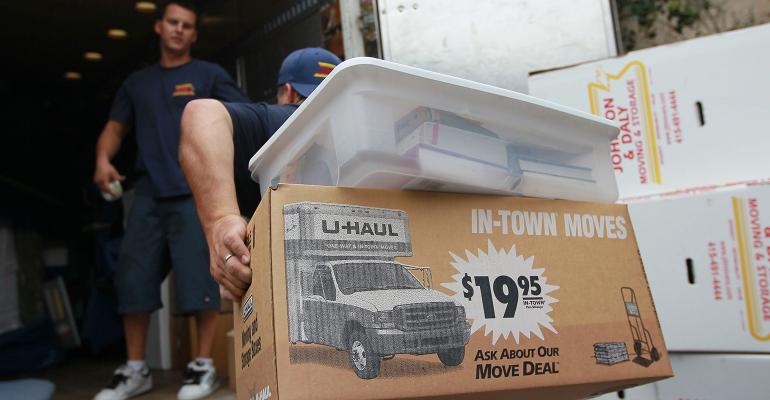 A less mobile society is a less flexible one, and, it’s not hard to assume, less upwardly mobile in terms of wages and opportunities, says Informa's chief macro strategist, David Ader.

While the piece focuses on rural areas—citing, for example, that in 2015, 4.1 percent of Americans moved across county lines, compared with 7.1 percent in the 1970s—the diminished physical mobility applies to urbanites as well, though to a lesser degree. This stagnancy creates a rural/urban brain drain and income divide, and clearly contributes to political polarization on a national scale.

There are many issues at hand. The WSJ talks about the cost of urban housing keeping people out, which is, naturally, a reflection of the lower incomes earned by rural folks, who tend to lack professional education or skills and therefore simply are not able to earn enough to live in expensive cities. Another issue cited is state-licensing requirements, which have increased five times since the 1950s. Apparently, you need a license to be anything from a bartender or florist to a turtle farmer or scrap-metal recycler, and such licensing covers 25 percent-plus of U.S. workers. And then there are the cultural differences; deer hunting is less accessible in most urban areas, for instance.

This isn’t exactly a sudden change. An article by Claude Fischer at U.C. Berkeley published in AEON talks about the "myth" of a mobile society relative to America’s historic narrative. In the piece, he says that in 1950, 20 percent of Americans moved each year. That rate fell to 18 percent in the 1980s, 15 percent in the 2000s, and now is closer to 10 percent.

But why should advisors care about these numbers? Well, they’re further evidence of another demographic trend—we’re getting older. First, as we get older we don’t move as much for jobs, whether that’s changing jobs or getting promotions. Second, with the ability to telecommute, the need to relocate is reduced.

Also, increasingly you have families who simply need to stay close to their parents to take care of them. A nonprofit group called the Family Caregiver Alliance says that 65.7 million people are informal and family caregivers, with 52 million (20 percent of households) providing care to someone 18 or older. Thirty percent of folks caring for elderly are themselves 65+, and 15 percent are 45 to 54 years old. It’s no wonder they’re less likely or able to relocate.

Economically speaking, a less mobile society is a less flexible one, and, it’s not hard to assume, less upwardly mobile in terms of wages and opportunities.