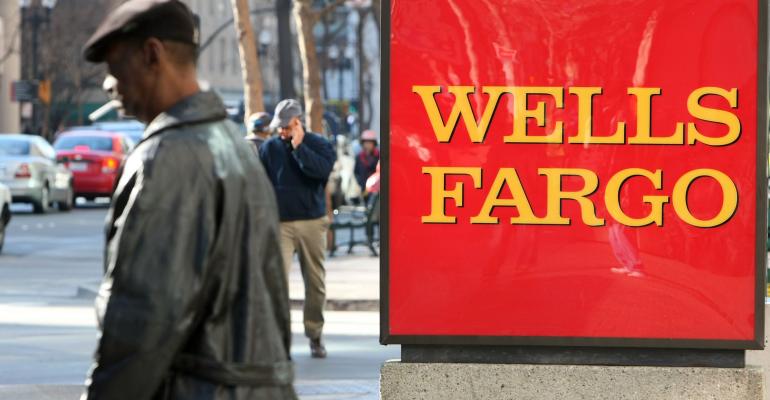 Culture can be a topic that is both hard to define and easily recognizable at the same time. When advisors at each of the wirehouse organizations are asked in surveys about their respective “cultures” – they are either all in or hedging their bets. Culture is made up of yesterday, today and tomorrow and each firm is developing its own brand internally while very carefully shaping the one that clients experience on a daily basis. All 4 organizations have seen sweeping changes that in large part were either forced upon them or caused by choices made leading up to and through the financial crisis. Given the scope of this category, it’s important that a certain amount of history is incorporated into the commentary.

Wells Fargo as currently constituted may be the largest land grab and tectonic shifts the wirehouse landscape has seen in multiple decades. Wells Fargo Advisors simply didn’t exist (in any meaningful fashion) until they purchased Wachovia in the midst of the financial crisis. Existing as a profitable and nimble (nearly regional) bank, Wells Fargo had built a brand of consistency. With the purchase of Wachovia, which had purchased AG Edwards, which had purchased Everen Securities, Wells Fargo leapt into the large scale wirehouse environment without training wheels. A significant departure from the “steady as she goes” bank culture that they had operated under for decades. One internal source has likened 2009 in the following way “It was like trying to serve a white tablecloth brunch on a speedboat going 100 mph.” Two separate elements became apparent in the shotgun marriage. Advisors at the legacy Wachovia were happy to be at an organization that seemed to be right minded and stable. Wells Fargo was steering the new ship with both hands firmly on the wheel. While attrition has remained relatively low, the actual culture at Wells Fargo Advisors remains somewhat undefined. As they have just turned over executive leadership, the comforts of institutional security are now being met with leadership questions marks.

Merrill Lynch found themselves in the somewhat opposite position. As opposed to being the acquirer-er they became the acquire-ee. Their leadership had grossly mismanaged the mortgage meltdown and the ensuing financial crisis that they were financially faced with left them with very limited options. We all know the choice to be acquired by Bank of America wasn’t much of a choice but more a reality of circumstance and timing. So where has that left their culture? If this evaluation was being written in 2006 Merrill Lynch’s culture could have been described with one word – “fortress”. In many ways they were impenetrable and knew it. 2006 was a long time ago and the affect of a takeover by Bank of America has left their once proud culture with significant holes. No longer is Merrill Lynch seen as “Mother Merrill” or the “Thundering Herd” – rather, many industry insiders admit that they have simply become a profitable division of Bank of America. The talent drain at multiple levels of management has been significant and it shows. In a negatively symbolic move the legal name of Merrill Lynch has been removed from the legal entity that is Bank of America. “The pride and feel of what this place used to be is gone – it is an entirely different machine than it used to be” – said a Merrill Lynch advisor on the East Coast. That quote is a clear summary of Merrill’s current culture.

UBS found itself at the forefront of the financial crisis. It was the first of these organizations to tap significant capital to deal with the mortgage melt down and begin the process of changing the landscape of its operations globally. Here in the United States, UBS has become a relatively clearly defined operation. By eschewing any sort of merger or fire sale of the organization, the culture engaged in a pivot as opposed to a tear down and rebuild. Certainly from 2007 – 2009 leadership remained in flux in the United States and in Switzerland, but by 2009 leadership had been set in relative stone and a recovery was underway. The current environment is one that has remained defined for better than five years and there are no more questions surrounding the Americas unit in particular. Compared to the other four organizations UBS Americas chose a “right sizing” approach and has greatly benefited by a consolidation of scale and headcount. The words of an insider at one of their competitors makes it clear, “the culture there has been set in stone by the executive team since 2009 and it hasn’t moved an inch – the deleveraging of investment banking operations that is sweeping across the industry started there.” In the arena of culture UBS finds itself on firm footing.

Morgan Stanley remains a large global investment bank and wirehouse. That alone says much about its current culture. Scale is a term that is used constantly inside and outside of the organization as a positive force and driving cultural meme. The scale wasn’t garnered without significant growing pains though. There has been much said and plenty written about the culture clash that existed between Morgan Stanley and Smith Barney. A very real chasm weaved its way through the organization throughout 2009 – 2011 as the tug of war between a historically trading/IB based firm and a planning firm took shape. As both sides of the tug of war tired (as is common in cultural clashes) the largesse of Morgan Stanley began to dominate and flex its muscles. The Smith Barney name was eventually dropped from the corporate lexicon and Morgan Stanley remained. Today, north of 17,000 advisors remain and the organization continues to be a “bigger is better” shop. While profits have pivoted into the 50/50 domain coming from both the global IB and wealth management fronts, insiders believe that any volatility is behind them and that the culture has been firmly planted going forward. One insider said, “the majority of folks believe that the organization has found the perfect balance. Any size, scale and type of client can be served here.” While it may have taken a long time to find that balance it certainly seems like they have settled on a strategy and are committed to it.