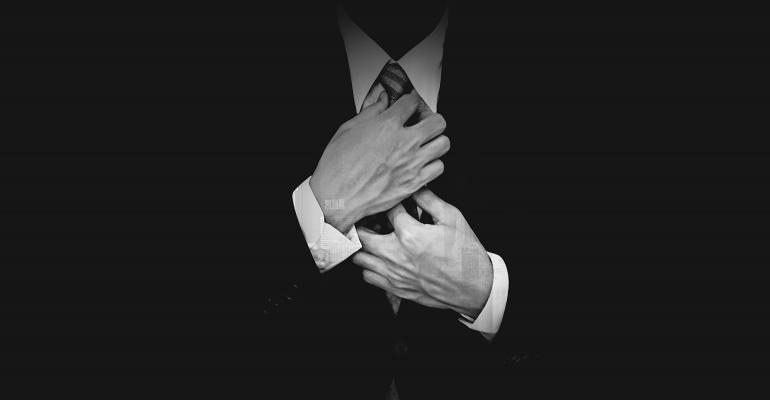 The right leadership in any given situation is determined not by the leader’s capabilities but the follower’s needs.

Spoiler Alert: There’s no such thing as a single best leadership style that’s appropriate in every situation.

In fact, to be a great leader, you need to be able to do the opposite: vary your style depending upon the particular person, issue being addressed and/or situation. And you can’t be either a leader or a manager in every situation and succeed. From this perspective, too, you have to be able to vary your modality appropriately.

Sounds hard, doesn’t it? Which is why it’s just easier to focus on the numbers: at least your colleagues can appreciate your consistency, right? For too many executives, this (or some version of it) may be what they tell themselves when trying to avoid the real work of leadership.

Let’s start with a crucial and, perhaps, counterintuitive reality: the right leadership in any given situation is determined not by the leader’s capabilities but the follower’s needs.

This follower-first perspective reflects an evolution in our appreciation for what constitutes great leadership. In antiquity, it was assumed that occupancy of influential positions was determined by a god or the gods. It’s where we got the concept of the Divine Right of Kings … but one look at history tells you that supposed divine sanction when combined with hereditary succession can lead to awful results quite often. To put a finer point on it, if history has taught us anything, it’s that leadership cannot be bred.

Thankfully, though, it can be both taught and learned, which has resulted in the holistic study of this discipline in the modern era. In addition there are some other crucial findings that effective leadership, defined as the ability to develop oneself and others to achieve personal and organizational objectives efficiently, is marked by:

Effective leadership requires a person, with or without the formal sanction of organizational position, to be able to assess what his or her followers need in a given situation as well as to possess the range of flexibility to adapt accordingly to provide it.

Among others, Ohio State University professors Hersey and Blanchard developed a model that they called Situational Leadership. Simply put, they counsel, in any given situation, a leader must assess the readiness of a follower and then adapt his or her leadership response to provide the correct mix of task and relationship focus.

Think about: do you need the same leadership on your task of developing a comprehensive financial plan, something you’ve done a thousand times for clients over the years, as you do, say, on figuring out the company’s new CRM platform to which you’ve just been introduced today? Of course not: with respect to the former, you don’t really need to be told how to develop financial plans, but it may be helpful for you to discuss your learnings with your leader or colleague so that you can evolve an ever more effective approach to this responsibility over time (i.e., achieving ‘mastery’ of it). By contrast, with respect to the new CRM platform, you’re most likely going to need very specific (and repeated) guidance about how both to input and to extract information usefully from it, at least until you get the hang of it.

Looking at these two scenarios from a leader’s perspective, you’ll note that, in the first, she needs to be supportive of you, especially by serving as a resource, or she may choose to inspect your progress on an occasional basis, depending on what you’d find most helpful. By contrast, in the second, she needs to be hands-on with you, instructing you in how to learn to use the new tool as well as identifying additional resources that are accessible to you. These are two very different modes of effective (situational) leadership.

So, as a leader, not only do you need to be accurate at assessing the needs of your followers in any given situation, but you must be sufficiently flexible to deliver the appropriate guidance to them in a conducive manner. In other words, the reason that great leaders are so impactful is not because they’re so forceful, but because they’re so effectively flexible.

Another lens by which we can assess our executive effectiveness is that of our ability to be leaderful, managerial or both in a given situation. As organizational and leadership development consultant Jason Korman has written recently, “Managers and leaders can be one and the same, but not every manager is equipped with the leadership skills that help fuel a high-purpose company culture.”

In fact, as he points out in his article published in the MIT Sloan Management Review earlier this month:

"The problem is it just semantic. It’s cultural. People aspire to become “leaders” in their organizations. When an organization assigns this label to people who are carving new paths and inspiring others, they help grow this kind of talent. But when they use the term based on hierarchies, they show that power is the more valued commodity, and they give employees less incentive to try to change the status quo."

You’re not a leader because of your organizational position, but because of the innovation, performance and inspirational influence that you can contribute to your colleagues in an organizational context. In fact, we’ve all known leaders without position or portfolio in our careers: they’re the positive influences and unfailingly helpful colleagues to whom we all turn irrespective of their title. By contrast, we’ve also known plenty of managers who consider themselves leaders, but for whom you do no more than required because they offer so little beneficial guidance in return.

Yes, it’s a manager’s job to make the trains run on time, but how he does so greatly affects how much influence he’ll develop over time with those for whom he’s responsible. To be blunt, managers who exploit their organizational position and demean their followers tend to engender mere compliance from their charges. By contrast, leaderful managers, because of their more deft and flexible approach, can both keep their team appropriately on task while doing so in a way that garners appreciation and a commitment to going above and beyond from time to time if not consistently.

It’s imperative that we appreciate that leadership is a privilege and a sacred trust, which compels us to honor both the organization and its people by approaching them holistically. Among other things, as leaders, this requires us to balance organizational needs with those of our colleagues and to do so equitably over time in order to build the trust that leads to a powerful sense of affiliation and belonging between and among its people.

Further, both we and our colleagues are well-served by our evidencing a significant amount of developed skill in Emotional Intelligence or EQ. Simply put, the more effectively we’re able to manage our own emotions and to help our colleagues do so with theirs, the greater the effectiveness of both our leadership and management. Whether it’s being able to keep your cool in hot situations or knowing just how and when to share a deserved compliment with a colleague who’s either celebrating or feeling challenged at the moment or being sufficiently observant to notice the difference and then responding in and appropriately supportive and trust-inducing way.

Ultimately, it’s the skills of awareness and constructive responsiveness thoughtfully applied over time that determines, irrespective of our title or position, whether we’re great leaders.