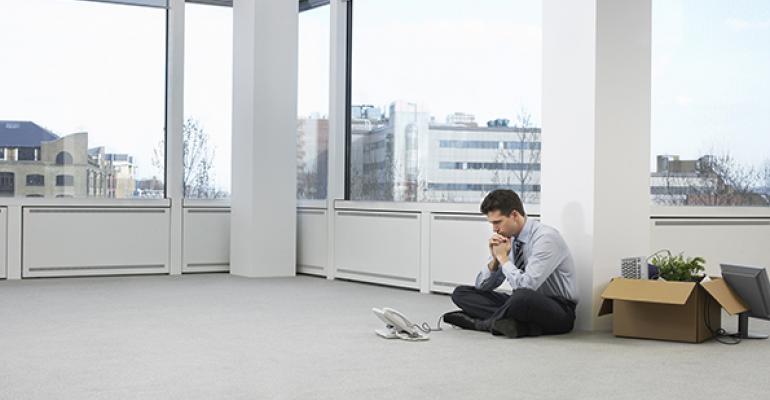 Just as you can’t time the market, you can’t time a move to another firm—or, at least, you shouldn’t. Attempting to time a move to coincide with the amortization of a loan, the vesting of deferred comp or the attainment of a certain level of assets under management or production might do you more harm than good. If you believe that you are leaving chips on the proverbial table every day you stay with the wrong firm or model, then pushing a move off just doesn’t make sense.

A high profile wirehouse team in the West managing more than $1 billion in client assets combined learned this the hard way. The senior partner would be retiring in less than a year and was determined to end his career at the firm, but the other partners wanted to go independent. So the group decided to do nothing for a year.

The desire to go independent stemmed from a lack of solutions for ultra-wealthy clients, a loss of faith in leadership at their firm, and a goal of self-branding and marketing themselves as the go-to wealth management resource in their area—things they found were not possible at the wirehouse. The team was not able to offer important clients access to a quality platform for alternative investments, so they lost one of their most significant relationships and the wallet share of two others. The team’s growth was stymied, and they were not professionally satisfied. Would waiting one year to make the move ultimately serve them best? They decided “no,” and bought out the senior partner to avoid the risk of losing more clients.

“Bill”, “Larry” and “Vince” are advisors with a second tier regional firm in the Midwest, and they have worked as an informal team for the past six years. Combined, they manage approximately $160 million in assets. To be sure, they are not a huge team by wirehouse standards, but they have worked hard to build a solid business catering to a largely blue collar client base. But over the last three years, they’ve lost 30 percent of their book because of recent changes to platform and client fees at their firm, they have consistently lost assets over the last three years—30 percent of their book.

The team had several conversations with their firm’s owners to do something about the lack of product. “I was told to just cold call more and get more clients,” Bill said. “For me, that was the last straw.” After four months of exploration, they narrowed their options to three other firms (two regionals and one local independent broker/dealer).

They started exploring other options, narrowing it down to three other firms. But during the process, they decided instead to focus on growing their business to look more attractive to a new firm. True, most traditional firms look at prospective advisors through the lens of trailing 12-month production, AUM, length of service and compliance record. So waiting six months or a year and increasing production and AUM by 10 percent could be a profitable decision. But at what cost?

I asked, "With all of those pain points, how would you grow by 10 percent?" They realized that they couldn’t grow if they stayed, and that in all probability their books would only continue to decline. And the longer they stayed, the less desirable they’d be to other firms, as their length of service inched up.

In the end, the three advisors concluded that if they moved to a firm that could help them grow, offer full open architecture and value their contributions by providing practice management, marketing dollars and mentoring, they would be better off than if they elected to stay. And the expected growth at the new firm will likely more than offset any negligible increase in transition money they would’ve received for higher production if they had waited.