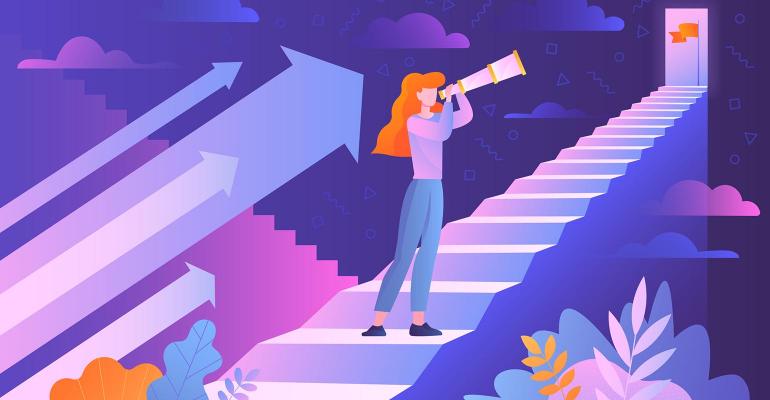 How Goals Impact Our Attitude

Setting realistic, challenging goals motivates us more than ones that are either too easy, too hard or too murky to complete.

“You might disagree with me on this, but I think one of the consequences of this prolonged pandemic for our advisors is complacency in their attitudes.” This was how Albert, the firm’s National Sales Manager, began our preconference Zoom call. There were six people on the call and dead silence followed this opening remark.

Without realizing it, Albert had just set the stage for what I was about to suggest, prompting me to break the silence with “I couldn’t agree more.”

It was obvious this was a delicate topic and a real sore spot with Albert. He went on to list all the tools and training their firm had invested in advisors over the past two years, concluding with “It’s almost as though advisors have forgotten how to set goals!”

Goals have a tremendous impact on our attitude and our motivation. Here’s how:

Albert was obviously generalizing as it’s unlikely all his advisors are without goals; however, most of them probably never learned how to set goals that motivate them.

None of this is revolutionary; it’s rather basic. Over 50 years ago, this topic was presented to the business world by Dr. J. Sterling Livingston in his classic Harvard Business Review article (July/August 1969 issue) titled “Pygmalion Management.” The article focused on how a group of insurance agents tended to perform in ways that were consistent with the expectations (goals) of their managers.

To explain the impact of those expectations, Livingston referenced research conducted by David McClelland of Harvard and John Atkinson of the University of Michigan. What they discovered was groundbreaking. They found that:

Since I like to play tennis, I’m going to use the sport to illustrate the profundity of what these two professors discovered. Imagine you’re a tennis player and you’re about to play one of the following players:

Most competitive athletes would select the player against whom they’re most evenly matched. Herein lies the magic McClelland and Atkinson discovered; goals that motivate us the most are those we believe we can reach if we give our best efforts.

We are a rational species. We can talk ourselves into taking it easy, enjoying life, not pushing too hard, etc. Over a period of time, this inactivity leads to poor results, and poor results lead to lower self confidence and less motivation. It’s a vicious cycle.

I suggested to Albert that I explain all this to his advisors and then challenge them to use McClelland and Atkinson’s findings to develop an achievement attitude by committing to 50/50 goals, focusing on their increased daily activities, and allowing their internal coaches help them develop this into a habit. He was completely onboard.

Since we’re the only species on the planet capable of controlling our attitude using goals -- let’s go 50/50 BIG and just do it!