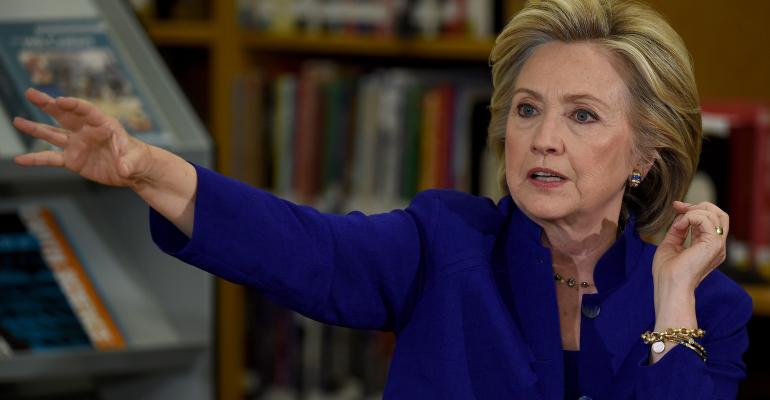 Hillary and wealth managers have an urgent need to engage with new constituents by answering basic questions about who they are and how they can help.

Our recent blog treaded on a taboo subject – religion – but instead of recoiling from this topic, it was well-received by our readers.

So we’re trying our luck again with another taboo subject – politics. This time, we’re focused on the matter of Hillary Clinton and wealth advisors.

As it turns out, Hillary and wealth managers face the same challenge: How to relate to their target audiences. For Hillary, the issue is how to connect with regular folk when she and her husband have been living a 1% lifestyle.

To succeed, it’s critical to segment the audience, develop the message and create the venues for constituent engagement. Fortunately for politicians and wealth managers, paid consultants can help them find the gold.

For aspiring leaders, political consultants poll the electorate and pinpoint the demographics likely to deliver the most votes. They are also great at developing messaging, catchy campaign slogans and the proper venues where the candidate can shine. The town hall is often a consultant’s favorite setting because it is the format in which politicians and participants are most authentic and relaxed. Presumably, a candidate’s virtues and humanity are easier to see in this environment.

For wealth advisors, consultants provide the same value by homing in on the target market. Instead of a town hall meeting, unique events  for clients are the preferred venue. The events might feature people like Ben Bernanke, Melinda Gates, will.i.am or Joe Montana. In fact, I’ve known clients to stick with a wealth management firm because they facilitate these celebrity introductions.!

Sumptuous affairs also promote engagement because they enable the wealthy to talk to other wealthy people. One of the challenges of having a lot of money is trust. Those with money often wonder about relationships with people who aren’t in the same financial zip code. An exclusive event for wealthy peers who are having fun is the stuff of client loyalty and referrals.

How Do You Stay Au Courant?

Just as important as the right venue is the right message. Both Hillary and wealth managers face a real challenge on this front. Both have an aging base of constituents and both fall back on tired slogans to pacify their base. They aren’t connecting with younger people and minorities, either.

In Hillary’s case, her checkered political legacy often crowds out her message. In the wealth manager’s case, many labor under a dated business model that is threatening their future – whether they know it or not.

Many advisors and politicians are still not communicating effectively via social media – the virtual town hall meeting. They’re not using blogs, Twitter, Facebook and LinkedIn to inform and educate. Today, a failure to use these modes of communication sends a very clear message – you’re old school – and not worthy of a younger investor’s dollar votes.

Bottom line: Hillary and wealth managers have an urgent need to engage with new constituents by answering basic questions about who they are and how they can help. If their message is self-referential and inauthentic, they won’t resonate. If they are earnest, they have a chance.