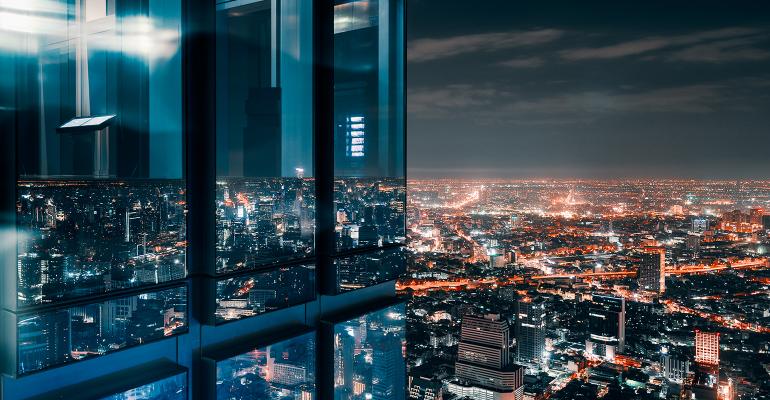 For High-Net-Worth Clients, It’s Not About the Brand Name, It’s About the Experience

The family office model has found new life in the independent space, where the ability to deliver customized solutions is drawing top advisors—and their high-net-worth clients—out of the wirehouses.

There was a time not so long ago when top advisors who served the ultra-wealthy would never have considered leaving behind the big brand names upon which they built their businesses to strike out on their own. It was a common belief that no other firms but the big brokerages could support the unique needs of their high-net-worth clients.

Yet, we’re seeing more and more top-of-the-food-chain players leave the wirehouse world to build their own firms: headliners, like Frank Ghali, who left Goldman Sachs with $12 billion in client assets; or the $5 billion New York City Merrill Lynch team led by Eric Bodner and Ben Sax; or Gary Hirschberg’s departure from Goldman Sachs with $1.4 billion in client assets. When these advisors left the wirehouse world, they took along with them clients who had investable assets in the $10 million to $50 million range.

For these top advisors, the independent space offered an opportunity not only to replicate the platform found at the wirehouses but often to better it. More important, it enabled them to deliver custom services once limited to only the uber-wealthiest clients by way of the single family office (SFO) model.

The premise of a family office is that there is separation between the advisor and custodian, investment solutions, and any of the services and capabilities used to support the families. The model allows the advisor to remain agnostic and at arm’s length in his approach and dedicated to best serving his client’s needs with complete objectivity. Over time, however, the SFO model became expensive and untenable to maintain. And advisors serving a less affluent client base wanted in on the same action.

Over the past decade in particular, as more and more wirehouse advisors serving affluent families became frustrated by the limitations placed on their ability to deliver personalized, bespoke services to this constituency, the most entrepreneurial of the lot recognized the opportunity to become independent business owners.

It was this growing mindset that gave birth to the multifamily office (MFO) model, which spurred a whole cottage industry designed to support top breakaway advisors and their clients—including attorneys, accountants, consultants, bankers, lenders and investors. Essentially, the playing field has been leveled, giving these new firms the means to replicate and often improve on the services they could deliver to their clients in the big brokerage firms.

It’s not just new names or players getting on board: Schwab and Fidelity—the two biggest custody and clearing firms in the industry—launched separate divisions to offer high-touch, customized service and family office capabilities to advisors serving the UHNW space.

The industry overall has answered the call to offer these services and support in a big way. “The rise of the UHNW-focused RIA or MFO has allowed affluent clients who are covered by these RIAs or MFOs to get advice from the RIA, have assets sit with virtually any executing custodian counterparty and get products delivered in a competitive pricing process across the Street. All while having cutting-edge reporting technology for clients and advisors to tie it all together,” Shirl Penney of Dynasty Financial Partners said.

Increased credibility and support for the independent space notwithstanding, many advisors still carry the concern that their clients are married to names such as Merrill Lynch, JP Morgan, UBS and the like and that robust services cannot be replicated outside of this domain. Yet the exact opposite is more often the case.

For Many Advisors, It’s All in the Family Office

“Our clients are probably among the most sophisticated clients you’re going to find. They’re entrepreneurs; they’re CEOs of companies,” Bill Loftus of Coastal Bridge Advisors said in a recent podcast episode. “Their needs are very, very complicated, and we are able to solve those needs and delight them, in a way that most wirehouse teams can’t because of the guardrails around platform and services.” In the case of Loftus’ team, their move to independence increased their ability to “delight” their clients so much that they grew an astonishing 600% organically in just 10 years.

An advisor who services wealthy clients wants nothing more than to go the extra mile for them. Oftentimes, though, it requires that advisor to “color outside the lines”—toggling between remaining compliant and ensuring client loyalty. As such, UHNW-focused advisors and their teams working in the big brokerage firms find themselves in an increasingly vulnerable state—a state that has given many just the push they needed to more seriously consider starting their own firm or joining any one of the growing number of well-established MFOs.

The big brokerage firms will still be appealing to many top advisors and their teams. Yet, as the landscape shifts, so does the sentiment of advisors and their clients. And it’s this change in sentiment that’s fueling the continual flow toward models that offer greater flexibility and control—and giving rise to a new class of family services within the independent space.